I bought this at an auction awhile ago and drove it home. The brakes were a little soft so I had that fixed. I can see nothing wrong with it other than that the radio knobs appear to have melted at some point. The radio (AM) works fine though. It starts and runs fine and looks great. There are a couple of chrome pieces in the trunk, these go on the corners of the rear bumper. Looks like a previous owner bought them with the intent of getting them rechromed and installed. I think it looks better without them but they are there. There is also a spare transmission in there. No spare tire though. A guy at the auction went over the entire car with a magnet and it seemed to stick everywhere so he didn't find any Bondo. This is apparently anArizonacar as there are several stickers from car shows there goingbackto 1988. All those stickers you see on the dash are show stickers. Also the car didn't originate here in Minnesota as it has no heater and that is an option a Minnesotan would have certainly added in 1948. I point that out because Minnesota rusts out a lot of cars on account of the salt on roads in the winter.
I got some tire cleaner and those whitewalls are white now .
You are welcome to stop by and take it for a spin. 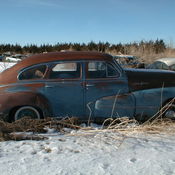 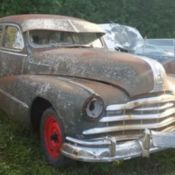 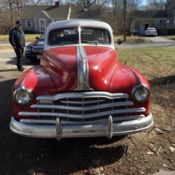 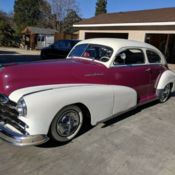 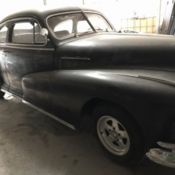 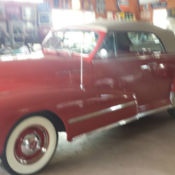 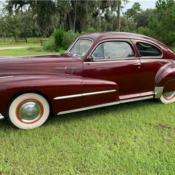 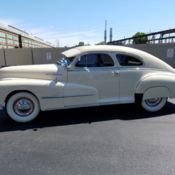 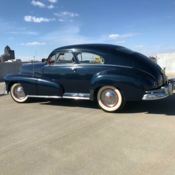