Up for sale is a 1975 Pontiac Grand Ville Brougham Convertible with72 actual miles. This vehiclemay be the most rare and exclusive that remains in existence.

The Story-My family owned and operated a Pontiac dealership from 1939 to 2005 in a small suburb of Detroit named Marine City. The location remained in the same building for all of these years and local service was thetheme.The dealership was founded by my Grandfather who ran the business for many years with the help of my Uncle and Dad. Many family members worked at the dealership and it was "the hometown Mom and Pop store". Buick and GMC franchises were added in 1960 but Pontiac was the car people desired over and over. The 1975 model year was the last production run ofaPontiac convertible and 3 units were ordered. Much to our surprise the production run ended and we started a search to obtain at least one from another dealer. We successfully traded with a dealer in Milan Michigan and had this vehicle put on a flat bed and brought to us. At this point the decision was made to keep this vehicle for the long haul. It was agreed upon to never be put in parades, car showsor on the road for any display.Over the years the vehicle has been properly stored in a climate controlled building. It has been covered and kept out of any harms way.It is started regularly and has no issuesto speak of. The vehicle is 100% original from the tires, to paint, to interior, to the window sticker stillattached.The vehicle was also rustproofed in 1975. Please view the original paperwork of build sheet, invoice, bill of sale, window sticker and title. The vehicle was kept in inventory from 1975 to 1996 and then titled personally due to insurance purposes. There has been numerousinquiries over the years to buy this vehicle and the timing is now with an upcoming sale of the original dealership building.

Misc-GM made many popular sellers in the 60's and 70's that most people recognize today-GTO, Camaro, Chevelle, GS, 442,etc. While there are many vehicles to choose from as a collector please consider the rarity of this 1975 Pontiac Grand Ville. The production level was low and it's style is long, sleek and classy. The details listed above are 100% true and actual and a true buyer will appreciate every aspect of them.

Final Sale Rules-During the process of the auction any potential buyer may visit and inspect this vehicle. Appointments are suggested and 3rd party appraisers/inspectors are also welcome. Location is 1 hour north of Detroit and 1 hour east of Flint. Vehicle is for sale locally and subject to early ending ofauction.Buyer must send a $1,000 non refundable deposit via PayPal within 24 hours of end of auction. Remaining balance is due no later than 7 days following. Any other arrangements must be made and agreed upon by seller. Balance is required thru EFT (electronic funds transfer) to seller.Please contact Steve Terhune for any questions or concerns.

*Updates*-I have had many inquiries on condition and I will post this on the site for others to see. Please understand this is a 41 year old vehicle that has been stored it's entire existence. The vehicle starts, runs and drives perfectly fine. There is a small tappet cover leak. The battery has been replaced several times over the years. The tires are original to the car and have rounded edges as expected. The paint has a strong gloss, 2 small pinkie fingernail size blemishes, and no rust anywhere. The was never any prior damage. The bumpers are original with no pitting on the chrome. The pinstripe is factory installed and gold colored. The exhaust is original with a minor change to the clamp. The convertible top opens and closes normal and has no rips, tears or cuts. The rear glass is also solid. There is not a buy it now price but a reserve set. Bid with confidence. 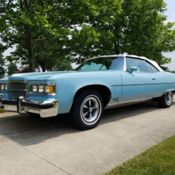 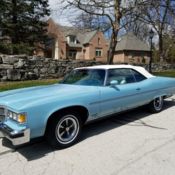 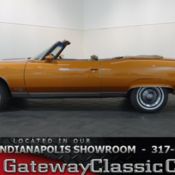 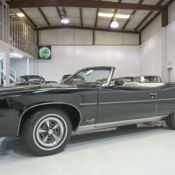 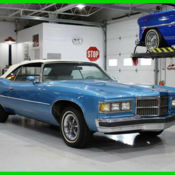 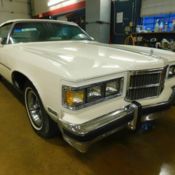 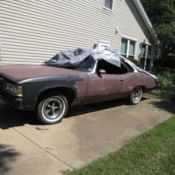 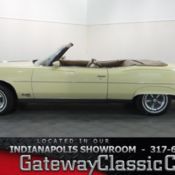 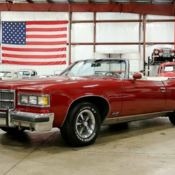