Presented is a stunning Vitamin C Orange Plymouth GTX!!! Restored in 2011, this true muscle car shows exceptionally well and retains its original Numbers Matching Engine and Transmission. Born with a 440-Barrell, it has been correctly upgraded to the vaunted 6-Pack Set-up.
With its Pistol Grip Shifter, Power Steering and Power Brakes, this GTX is true to its form as the Gentleman's Muscle Car!!!
Factory Options and VIN Decode:
- Block#2536430 (0E123125) . - Transmission# PP818-773-81813 (0E123125) 4-Speed Manual - R = Plymouth Belvedere, Satellite ("B" body) - S = Special, GTX - 23 = 2 Door Hardtop - U = 440 1-4BBL 8 Cylinder "RB" engine (High Performance) - 0 = 1970 - E = Los Angles, CA, USA ( Production Plant ) Great lease rates and Financing also available on any of our inventory!
Buy Sell Trade Consignments Welcome!
Please email or call 1-818-773-8181
About the GTX:
The Plymouth GTX was introduced as the Belvedere GTX in 1967 by the Plymouth division. It was positioned as a mid-sized upscale-trimmed performance muscle car through the 1971 model year.
The GTX was positioned as a "gentleman's" muscle car. Standard was Plymouth's 440 cu in (7.2 L) V8 engine called the "Super Commando 440" rated at 375 Horsepower. Optional was Chrysler's 426 cu in (7.0 L) Hemi with 425 Horsepower. A heavy duty suspension system was also standard.
The 1970 GTX received a minor redesign with a new grille and rear taillights. Sales were low as the car did not look much different from the Road Runner. Stylists made the lines smoother, and a "power bulge" hood was introduced, as well as non-functional rear-brake air scoops. The convertible body style was no longer available. The Air Grabber hood returned, but instead of having two narrow openings running length-wise as in 1969, it had one opening scoop located on the power bulge. The GTX was available with the standard 440 four-barrel carburetor. Optional were the 440+6 barrel (three 2-barrel carburetors) and the 426 Hemi. In keeping with the GTX marketing strategy, the 1970 model included many standard features.
The only other performance luxury model in Plymouth's lineup was the full-size Sport Fury GT, built on the C-Body platform. The GT was added to the lineup in 1970. 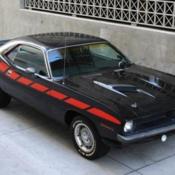 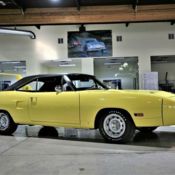 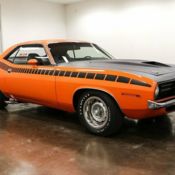 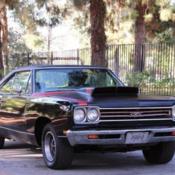 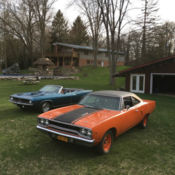 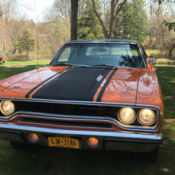 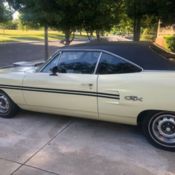 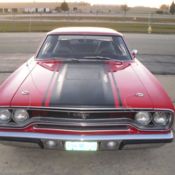 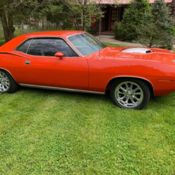 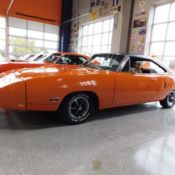