Stk 2818 1967 Plymouth Barracuda
The second generation Barracuda was introduced in 1967 and was certainly more stylish than the original 'fastback Valiant'. This fully restored '67 Barracuda 'notchback' is a nice example and the owner believes that the odometer reading of just over 45,000 miles is actual. The 'D-Code" Barracuda was delivered with a 273ci 'LA' small-block with a 2-barrel intake that produced 180bhp. These were very strong motors that were the basis for the 340/360 engines that powered many later vintage MOPAR musclecars. We cannot be sure if this is the original engine, but by all appearances, it is very likely. It has been nicely detailed, but the owner does not know if it has been rebuilt. A Chrysler Torqueflite 3-speed automatic transfers power to a factory differential and a custom dual exhaust system has been installed. The beautiful 2-stage Yellow exterior with black accent stripes was applied in 2009. Very nice chrome and period correct Cragar S/S mags complete the exterior. (Original wheel covers also included). Inside, the split-bench seats were reupholstered in black/white vinyl and the classic dash holds a full set of working gauges (except tach). The factory AM radio still resides in the dash, but tunes are provided by an AM/FM system located under the front seat. Front suspension is vintage Chrysler torsion bar and the rear is leaf springs w/air-adjustable shocks. Four-wheel drum brakes are manual and fitted with an upgraded dual-master cylinder. This is your opportunity to own nicely restored classic MOPAR. ALL VEHICLES SOLD "AS IS" 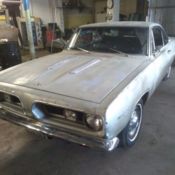 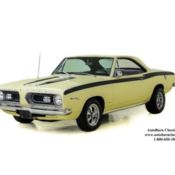 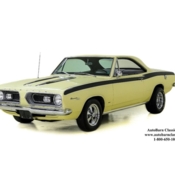 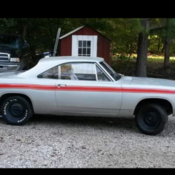 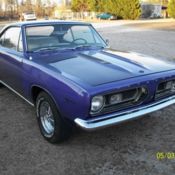 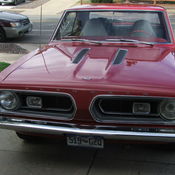 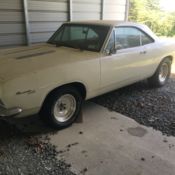 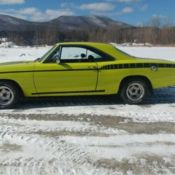 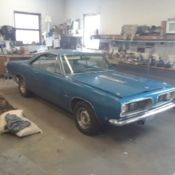 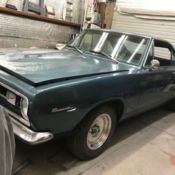