All the above information is inline with the car as found - baring colour change and re-upholstery.

This all condenses into the following description:

This vehicle was the 161,894th car scheduled for production at the Hamtramck plant.

''I" - At first glance this looked to be a mark left by the punching die, but closer inspection revealed it to be a "Tâ€,

Again, this information confirms 1967 as the year of manufacture, as well as the engine being a 273-cubic inch V8,

as per the fender tag.

However, it seems the transmission was a service replacement sometime in late third quarter 1968, as the serial number indicates Monday, September 2, 1968 as the manufacturing date. This transmission being unit 839?

The 1964 Plymouth Barracuda beat the Ford Mustang to production by two weeks, but its controversial styling did not draw as many buyers as the mustang. Arguably, it was the better engineered car, with better handling and finish, but as previously mentioned, was hamstrung by the fastback roof tacked onto the two door Valiant body.

In 1967 the Series Two Barracuda was introduced - this series sported its own unique sheet metal, still with closely related Valiant floorplan.

The car was now known as the Plymouth Barracuda, rather than Valiant Barracuda as with the Series One. This naming convention stuck with the right-hand drive cars, with these cars being badged as Chrysler Valiant, with Barracuda, Charger VIP, Regal Rebel, Signet, V200 and V100 added as model names.

Oddly, the last Valiants in South Africa, the 78 to 81 CL Series, was labelled as Chrysler SE for the expensive upmarket VIP replacement, and Chrysler L for the Regal replacement. However, they were still Valiant at their core

From 1968 to 1969, the models followed the US model line-up exactly, but the body style options for right-hand drive cars were limited to fastbacks only.

The 1968 Valiant Barracuda was unique in that silver paint with black deluxe interior was the only option, combined with 160BHP Formula S Slant Six engines. Officially the LA V8 could not be made to fit due to interference between oil filter and steering box, but the fact that the engine was not produced locally was closer to the truth, the Slant Six and 383 B V8 being the only Chrysler engines manufactured in South Africa

This brings us to this specific car - a 1967 LA V8 Convertible Valiant Barracuda in right-hand drive. A car that should not exist, but it does.

A discussion a few years ago with the original owner's son revealed that the car was a special order in 1969. This is the same year that brought 11 B-Body Chargers as special orders to South Africa.

Investigation revealed that this is in fact a numbers matching car, and at first glance, the car looks like a 1969 model.

However, looks can be deceiving.

The fender tag in the engine bay and the VIN tag on the A-pillar combined with the style of the taillights, which closely resemble the 1969 units, and lack of rear side markers, place this car firmly as a 1967 model.

The nose sheet metal, fenders, grille and dash are 1969 parts. The raised, protruding, centre section on bonnet and nose cone, lack of bonnet inserts and rectangular side markers are 1969 model year only.

In addition, the doors are 1969 parts. The forward position of the lock knob on the inside, as well as the external door handles with chrome pushbuttons, instead of the 67/8 black plastic pushbuttons, indicate this.

My theory is that this car was ordered like all the other Elsies river produced cars - as a CKD kit from Canada. Converting the car to right hand drive was a simple operation, since everything required to do it was in place locally, and the firewall panels were manufactured to accommodate both left and right-hand steering.

This car was imported with a driveline that was not available locally. Therefore the parts that where available locally, the doors, complete nose, etc. - were used from 1969 stock already in the country to help overcome local content laws that worked according to weight.

Why use a 1967 body? I am not sure, but I speculate that it was a leftover of previous production years. 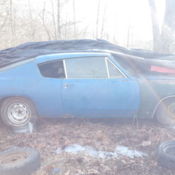 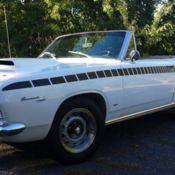 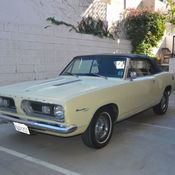 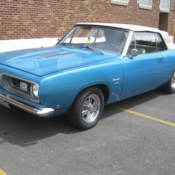 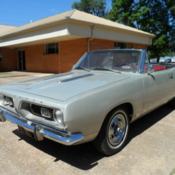 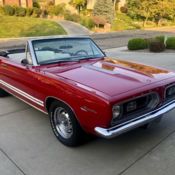 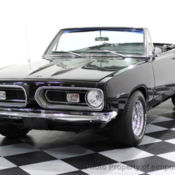 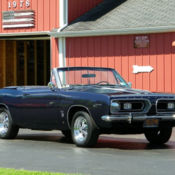 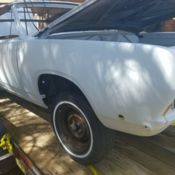 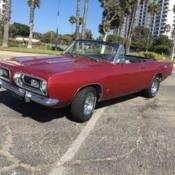