1974 PLYMOUTH SCAMP, First off i do not have a title for this car. When i bought it I was given a Louisianna title but it is a Texas Car With Texas Plates. The guy I bought it from can't find origional owner but the vin is clear with no leins. I talked to a Title company in Florida and they said for $400 and the vin number they would issue me one. The reason I am selling. Three hurricanes in 12 years is enough and we are moving. I have over $6000 tied up in this car in parts alone and know I will never get the labor back nor the invested cost to build. Here's what it is and has. An 8.8 373 ford rear end, air shocks, disk brakes all around and a set of traction bars that comes with it (new, 1976 440 motor with peppy elgin cam and lifter set with push rods, and six pak 10 1/2 to one piston tops. All rods were resized. I threw a thermoquad on a edelbrock manifold (holley 750 is what i would put on it) and threw in a new point distributer and was going to add the magnetic pickup to it (accel $50). It has the aluminum water pump on it as well as all stainless steel bolt kit for the motor. I broke in the motor with the zink oil at 2000 rpm. I also have a bran new set of roller rockers that comes with the car. It was initially a six cyclender car and is the 4th one I have built. The car had the usual rust in quarters so I replaced both of them. I did a textured paint (black) on the roof, looks just like vinyl top, (these pictures don't show that but I will add pics later).The floor pans were replaced (not by me) but not with the correct ones which I have, they are solid enough though. All new carpet in it with 2005 mustang seats with the drivers side electrically controlled. Has accel shortie plugs with accel plug wires. Motor mounts are new and has a 7 quart oil pan. This is not a finished car and will likely need a little tweaking. If it were perfect it would cost a lot more than I am willing to take. It's not current tagged and has never been run on the road for any lenth of time. It also has a flex fan with new aluminum radiator and a new battery and alternator. It will need the shift cable kickdown for it. Has a set of mag wheels with 10'' on rear and 8'' on front and tubs were streached to get 11'' new wide tires under it. Paint is freash but since I was in a hurry to finish it's not perfect body work (lets call it a glossy primer paint job)... I removed the dash pad so you will neeed a new one as the old one was trash. Starter is a new mini mopar style and new thrush mufflers and pipe to the rear axle. Has a rather large limit tachometer. New ignition switch with new door key sets come with it. Has a power steering leak around input shaft on steering box. also has a transmission leak around the shifter lever on the transmission which can be changed in the car and comes with the new seal, Seal additive may fix both these leaks. Trunk spare tire area was cut out and replaced. With this engine I would strongly suggest buyer add frame railes to it. I put on the six pak snorkel scoop and the go wing are all new. Also has new radio with usb and fm. If you can't work on a car this hot rod won't be for you. Hot rods are always needing tuning and tweaking. Additional 440 block and 2 sets of heads come with the deal as well as a set of six pak rods. BUYER WILL NEED TO PROVIDE PICKUP OF THIS CAR AND I WILL OFFER A BILL OF SALE. NO BIDDERS WTH 0 FEEDBACK WILL BE ACCEPTED, I'LL DELETE THEM. THIS IS A NORTH AMERICA SALE ONLY! ABSOLUTELY NO RETURNS , SHOULD BE NO REASON AS I HAVE BEEN AS HONEST AS I CAN BE...CAR MUST ABSOLUTELY BE PICKED UP WITHIN 7 DAYS OF THE END OF AUCTION! E-MAIL ME BEFORE ANY PAYMENT IS MADE. Thanks...

Top covering turned out ok and I noticed that the rear side marker lights are different on these quarter panels than the original ones, you will need the longer ones the front ones are new. 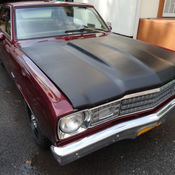 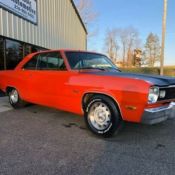 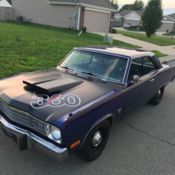 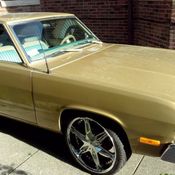 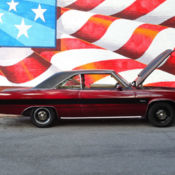 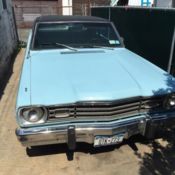 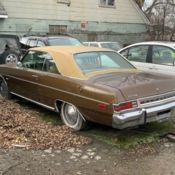 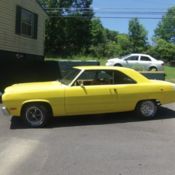 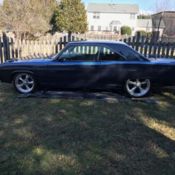 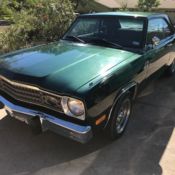