THIS CAR IS PRICED TO SELL...Pics do not do the car justice. It is a very clean car with mostly new parts and has great potential at the track or on the street. I am closing my racing garage and need to sell. If I had time I know the price would be much, much higher.
1970 Plymouth Duster! Ground shaking drag race car capable of 10 sec passes! Naturally aspirated big block mopar motor with street legal drag tires on back will pop a small wheelie off the starting line and scream to the finish in style. The purple paint job with yellow fire striping paint "pops" at the track and you will stand out! Best of all the car is licensed for the street. Pop in some windshield wipers and make sure the headlights work and you can drive it to the car show on Sunday!
Motor is almost new 511 cubic inch monster MOPAR crate motor that we purchased from Muscle Motors in Lansing, MI. It has less than a dozen passes at the track.
-Has been dyno tested with almost 700 HP at the rear wheels..Transmission is rebuilt 727 TorqueFlite 3 speed with reverse pattern shifter.
Holly 850 4 barrel double pump carb.
New 10 pt roll cage certified to 8.5 second quarter mile.
Line lock and trans brake and all necessary safety equipment including trans shield, driveshaft safety loop and more...
Rebuilt rear end with 4.3 to 1 gear ratio
3 stage MSD solid state ignition
5 point harness seat belts driver and passenger side.
This car was purchased from a seller in Colorado more than 10 years ago but rarely raced at the track. We significantly upgraded the car in recent years but never really raced. WE ARE GETTING OUT OF RACING AND SELLING EVERTHING! This car must go!
NEW since purchase and rarely used:
Complete rewired from nose to tail including a new wiring harness. New dual electric fan system. New water pump. Rebuilt Trans. New starter; New torque converter. New MSD ignition system. New rear end. New tires. New trans cooler and trans cooler lines. New gauges and switches. New Engine. 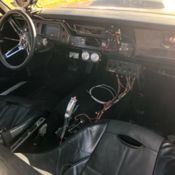 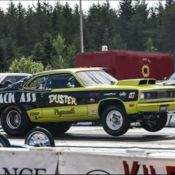 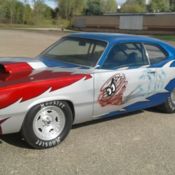 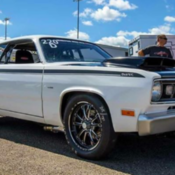 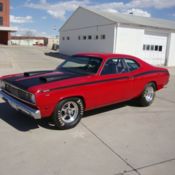 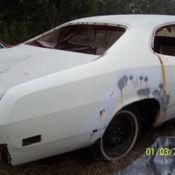 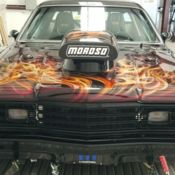 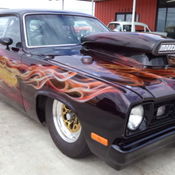 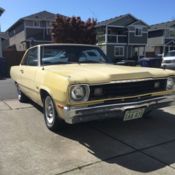 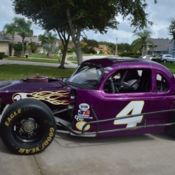