Offered for bid is a very original 1939 Series 1700 Packard Six 4-door touring sedan. The car is unaltered from new (no turn signals, outside mirrors or extra holes) and is very solid. The car offered is accessorized with a factory radio, heater/defroster, clock, front and rear center bumper guard, overdrive and upgraded hood ornament. 1939 was the first year for column shift and overdrive. The story goes that Eugene Beardslee purchased this car from the original owner for his collection. The interior is still the original. A seat cover has been installed on the lower front seat cover. Mr. Beardslee reported no one had ever sat in the rear seat prior to his ownership. The exterior was repainted at time of purchase as well as a mechanical rebuild. The date of this work is unknown as no paperwork was transferred with my purchase. I do know that Bonhams did offer this vehicle at auction in June of 2012 but did not sell. Bonhams reported the radiator was recored at the time they offered the car. The car was later sold privately and I purchased the car in February of 2016 through Motorland, LLC in Maine. The engine was running rough at time of purchase and required a rebuild. The temperature gauge was not working when I purchased the car and was rebuilt. I have taken no short cuts. The engine rebuild included fuel pump, ring gear, etc. All of the receipts of work I have completed will be transferred with car. Everything does work! The wipers, the radio, door locks, all windows and vents work, etc. November of 2017 I resealed the transmission and R6 overdrive. New reverse idler and 1st/reverse gear were replaced due to some wear. I had planned on taking some longer trips this year and installed new Lester tires in February of this year. The spare tire was also replaced.
All was in place and I began retirement sooner than expected. As much as I hate to give up the Packard it would be a wise move at this time. I have explored Auction houses and $25,000 to $30,000 would be the estimated value and no reserve or a reserve of no lower than $18,000 suggested. Before I pay a premium, hauling and lodging I thought I would offer the car for the suggested starting bid of $18,000. The car includes the front tag bracket, a spare oil filter, the Packard bulb kit is in the glove box, all tools in the trunk transfer as well as 1939 Packard automobilia I have collected on the car. All paperwork and receipts since I purchased the car transfer. I am located near Frederick, MD and would love for you to inspect the car and take a ride before purchase or feel free to send an agent. Please ask any questions you may have and thank you for your interest. 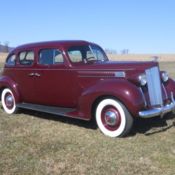 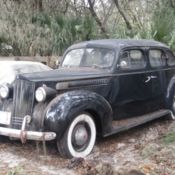 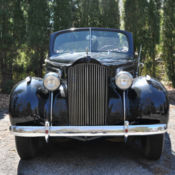 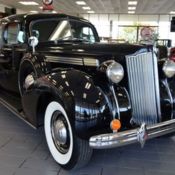 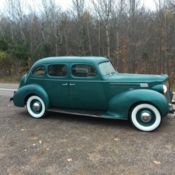 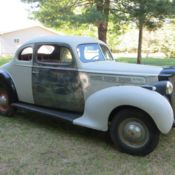 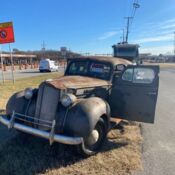 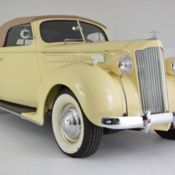 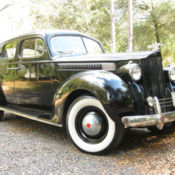 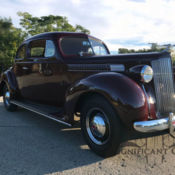