1984 LADA 1300S VAZ 2105
VIN#: XTA210500E0515048
75,026 Kilometers / 46,691 Miles
About this Lada 2105 . All original ca, riginal Paint Work, he body was never in an accident . Looks like a very well maintained car. Interior is clea, eats are in excellent conditio, ust a good cleaning what we did with the interior .We got the car from the 2nd Owner. During winter the car was inside in his garage . The car has no rust underneat, uspension is in very good condition . The car was running smooth on the test driv, rake, ransmissio, ngine performed very strong. Just recently did tune up on the engine before crossing the ocean . Checked all electrical componen, verything works as they designated to . This is an un restored all Original car with only normal wear on the body . 75.026 Kilometers / 46691 Miles on the speedometer . The car was imported from Hungary to the USA. Location of the vehicle is Miami Florida. Has all the document, lorida clean title is in hand . In Hungary the car’s nickname was “ Kocka Lada “ which is Square Lada in translatio, t is funny considering the predecessor was a little bit more rounde, hey chose to make as square as possible in car manufacturing ! Congratulations ! They succeeded as square as a matchbox , ho cares about wind tunnel !? They evidently DID NOT !! But in the history of the company new models came so rarely that everything new was a Gift From Gods . Everything is ready to Go to the New Owner and put some smile on his face ! Let me know if you need additional information or any specific pictures of the car. A couple of words of the History of this car.: Lada 2105 is a medium-sized family car built by Russian car manufacturer VAZ, ntroduced in 1980 in the Soviet Union, nd progressively in other European markets through the early 1980s. VAZ cars are currently branded as Ladas. Today they are generally referred to as the Lada Classic series, eing derived from the original Fiat 124 platform which has been the now-iconic mainstay of the VAZ lineup since the company's foundation in the late 1960s. The production in Russia ended between 2010 and 2012. It is the third best selling automobile platform of the world after the Volkswagen Beetle and the Ford Model T due to extremely long model production years. Mechanically, he car is virtually identical to the first-generation VAZ-2101, eaturing the Fiat-derived manual transmissions, oil spring suspension all round, nd aluminum drum brakes on the rear wheels. The smaller-engine variant, he 65 hp (48 kW; 66 PS) 1,294 cc (79.0 cu in) version VAZ-2105 had a revamp of its inline four-cylinder compared to the original VAZ-2101 - Lada 1200. The old OHC design had its camshaft driven by chain, hile the new one had a toothed belt drive. 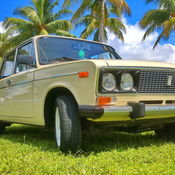 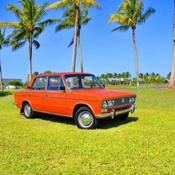 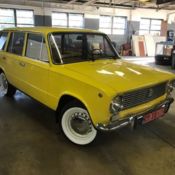 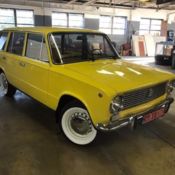 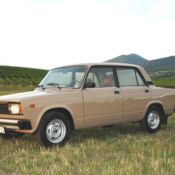 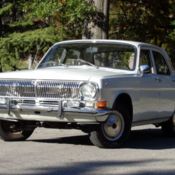 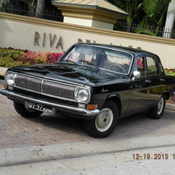 1972 GAZ 24 Volga. A status symbol in the Soviet Union/Russia/USSR 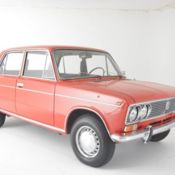 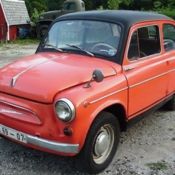 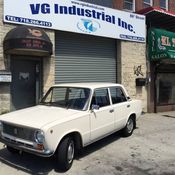