There is a saying in racing that one is better off addicted to cocaine because they have facilities for that and it costs less money! America plays out most of its racing addiction on oval tracks mainly because these were the types of old dirt tracks that existed due to the popularity of horse racing, which could be classified as another addiction! This versus Europe where back roads winding through various villages was the available venue hence why that type of racing is so popular in Europe.

For consignment, a dirt track racer with some heritage. Built by Ron Ward in noted Indianapolis car constructor A.J Watson's Speed shop in 1968, it went to Ohio where it had a run of 63 races between 1969 and 1982 earning a bit over $40,000 in prize money at various tracks throughout the Midwest and East. It has a long list of drivers who spent time behind the wheel including the likes of Sammy Sessions, Johnny Parsons, Sammy Swindell, Rich Voegler, Duke Cook, Steve Kinser, and Dana Carter. A list of all races and drivers comes with the car. After its racing career it went onto the hands of various owners, in particular Tom Smith of Frankfort, Ohio who purchased the car with a condition from his wife. In order to do so the car had to be named after her so it took on the name "Dominique Special" which remains to this day. Tom restored the car and went on to do vintage racing. The car finally went onto the hands of our consignor whose father had a passion for dirt track racing and did not have to name the car after his wife so he purchased it, and did various events with it. It is now in the capable hands of his son who has the car up for consignment.

Please Note: This car is sold on a BILL OF SALE ONLY***

Exterior
In typical sprint car form, it takes on the look of the early JPS F1 cars with its black livery and gold lettering. Built on a tubular frame it is wrapped in sheet metal, and now stands sans the roll cage which was standard issue of the day, although our consignor states the roll cage will be included if it is found. 16-inch American Rebel Sprint wheels are now on with knock off hubs, and various suspension parts have been chromed as are the tubular numbers and push bars as well as the roll cage. The car still wears the "Dominique Special" namesake.

Interior
For the cockpit is the KISS theory sporting an aluminum dash with a few simple blackface gauges, buttons, turn knobs and the steering wheel. A padded tuck and roll back vinyl seat is behind the wheel and has a 5 point harness with headrest. The driver straddles the transmission which has a short shifter on its left side.

Drivetrain
An alcohol fueled 350ci V8 engine is within the front confines of the car. It is topped by an Edelbrock intake manifold and an Edelbrock 4-barrel carburetor. The transmission is TH350 automatic, and is a 3-speed version with reverse. Chromed headers vent spent gasses out the sides using open pipes for the final exits and a Winters Quickchange rear axle turns the rear mud flinging tires with ease. Our consignor notes that a rebuilt carburetor, set up to run on gasoline is included with the purchase as well as numerous other engine parts.

Undercarriage
This car uses a chromed 4 bar suspension and chromed steering linkage up front, torsion bar style rear suspension, and has 4 wheel Wilwood hydraulic disc brakes. Underneath is wrapped in sheet metal which shows various scratches and some road dirt.

Drive-Ability
We did not drive this car as starting an alcohol based engine is quite the process and this one has been sitting for a bit. The consignor states it does run, but needs to do so under the tutelage of an alcohol expert just to be sure things are done correctly.

Some racing heritage from the old dirt track days, plenty of talented drivers have sat in the "seat" and actually won 1 race. For the dirt track aficionado whig is a collector and an interesting piece of history for the collection.

Please Note: This car is sold on a BILL OF SALE ONLY***

Classic Auto Mall is a 336,000-square foot classic and special interest automobile showroom, featuring over 850 vehicles for sale with showroom space for up to 1,000 vehicles. Also, a 400 vehicle barn find collection is on display. This vehicle is located in our showroom in Morgantown, Pennsylvania, conveniently located just 1-hour west of Philadelphia on the I-76 Pennsylvania Turnpike. The website is www.classicautomall.com and our phone number is (888) 227-0914. Please contact us anytime for more information or to come see the vehicle in person. 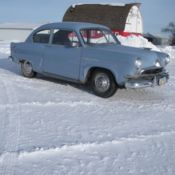 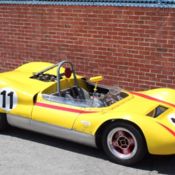 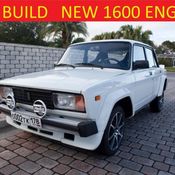 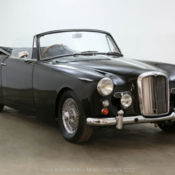 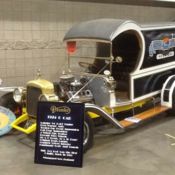 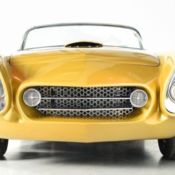 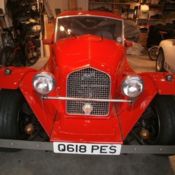 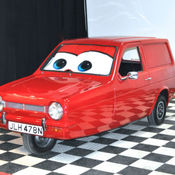 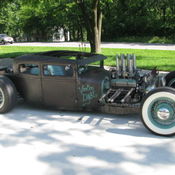 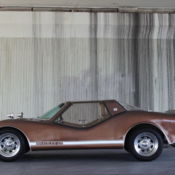