Other Makes. Very Rare in the USA and also rare to find one in low mileage original form that's been indoors most of it's life. I've owned this Borgward for 20 years. There are only 45,470 miles on the car. (The Virginia Title as it listed at 67K which is wrong). It has a clean new Virginia Title. I purchased this car off Ebay in 2007 in New Hampshire. Borgwards were reasonably popular in the New York and New England States. Copies of it's 1981 thru 1983 New Hampshire registration are included. It was owned by Walter W Sanborn from Chichester NH. Mr. Sandborn past away at the age of 92 in 2012. He was reported to be the second owner of the car, I'm the third owner. No information is available about the original owner. Mr. Sandborn did take the car to car shows. He did some very poor paintwork on the car. Overall, the car is original with it's original interior. It still has it's Red velour/fabric headliner installed and in place. (a few small holes). The rubber floor mats are all in the car and the seats are original with no rips or tears. They just need to be clean. The Red interior also has door panels that are all in very nice shape. Typical German quality. The bakelite plastic parts are all in place and with no cracks. (very hard to find these in this condition, no warping). The dash is all in place with all knobs and even includes the cigar lighter. The dash gold trim pieces area also all in place and nothing is missing. The steering wheel is in extremely good condition and has only minor cracks. Very presentable. Clearly, the car needs a paint job. Some dents in the roof and trunk from a tree fall. (dents pushed back into place. The trunk is filled with NOS Borgward Parts to get her running. The gas tank was removed and is in the trunk ready to be cleaned. The engine bay (sorry no photos, couldn't get it open (two man job inside lever and outside latch) and unmolested. The engine turns. Seldom do these cars become available in this restorable condition. I aquired the trim rings and wheel covers and replaced the front and rear bumpers (which were made in Vietnam).
Solid Trunk Floor, solid interior floor.....surface rust in various spots. The floors are intact and no holes thru it. I've owned two Borgwards that had no floors, they are a unit body car but this is very very solid.

The car is located in Augusta Maine, it does come as I mentioned earlier with a New Virginia Title although I made a mistake with the mileage listed on the title.
Payments by wire or cash money wire. 10% in the first 48 hours, balance in 7 days. Car is stored in Maine and free storage is included for the first 60 days, then 30 dollars per week after 60 days. If you have any questions feel free to ask. This is the fourth Borgward I owned and the second most solid I've owned. This Borgward is not the Deluxe model but the low level model. Only one Sunvisor for the driver you see in the photos.On Dec-05-22 at 17:24:33 PST, seller added the following information:

Just some additional information. All the Glass is clear and good with no crazing or cracks or fogging. They all roll up and down. Door slam shut with the nice German Quality thud. Parts are in the truck are mostly belts, and hoses and carb and ignition parts to get the car running. The Battery is 6 volts and purchased in 2007. Nothing is missing from the car. all interior fittings are in working order and nice condition, even the overhead dome lights. Parking light bezels are new and so too are the tail light lenses. The Isabella script on the trunk is new and the plastic insert over the rear license plate housing is reproduction, the originals always fade and crack. It doesn't appear that there has ever been any animals living in the car. there were no nests or animal droppings in the car, it's been indoors garaged it's whole life. Tires are from 2007, new and put on the car for storage. 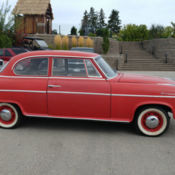 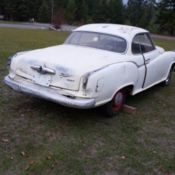 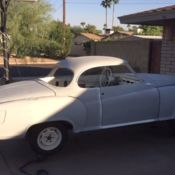 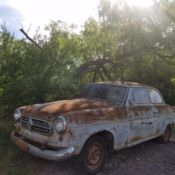 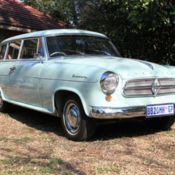 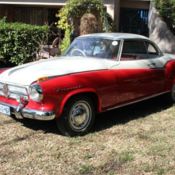 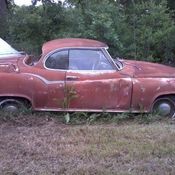 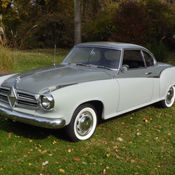 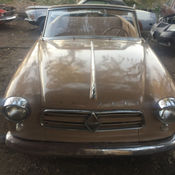 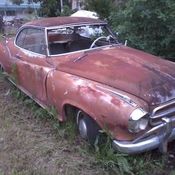