1956 Case-Orchard 405 Diesel Tractorâ€¢ Model 405 diesel orchardâ€¢ Professionally restored with no expenseâ€¢ Rebuilt 251 CID four-cylinder diesel engineâ€¢ Eight-speed Powr-range manual transmissionâ€¢ Desert Sunset and Flambeau Red exteriorâ€¢ Manual steering and mechanical dry disc brakesâ€¢ 21-gallon fuel tankâ€¢ Rebuilt injection pump, clutch and rear endâ€¢ 82-inch wheelbase, 12-volt charging system and weighted 6,580 poundsâ€¢ New gauges, wiring harness, decals and medallions plus rear wheel skirtsDo you appreciate restored Americana farm implements? Then we have one very spacial piece of equipment from 1956 for you â€“ a no expense spared professionally restored 1956 Case-Orchard 405 Diesel Tractor!Today, orchard tractors, with flowing bodywork that may remind an onlooker of prewar Delahayes, are one of the most desirable and collectible types of vintage tractors. Aside from the aesthetics, limited production â€“ and being compact enough to fit in a standard garage â€“ add to their appeal.Another reason orchard models tend to be more expensive than other tractor types is the greater amount of work needed to restore one. While mechanical parts availability is as good as the tractor itâ€™s based upon, the most challenging aspect of restoring one is the bodywork. Replacement body panels may exist only as rare New Old Stock or from a derelict parts donor, so skilled bodywork is needed not only to fabricate missing or damaged panels, but to align them to fit correctly. With its Art Deco styling and Desert Sunset over Flambeau Red color combination, the tractor looks at first like it emerged from wind tunnel testing. A closer look reveals the screens and skirts serve to keep orchard produce and tree limbs out of the tractorâ€™s innards and to a degree, away from the operator. Professionally restored, this rigâ€™s correct paint and trim are in excellent overall condition. Two headlights are mounted beneath the grille for night work and the tractorâ€™s bodywork, as expected, is straight and solid. It rolls on an 82-inch wheelbase, has a 12-volt charging system and weighed 6,580 pounds.This Case rolls on Carlisle tires in front, size 7.50-16 and Silvertown Power Grip Tractor Type rubber in back, under rear wheel skirts. The tires are all new and they are mounted on period correct silver wheels that are in excellent condition. Up front is a rebuilt 251 CID four-cylinder diesel engine breathing via a single exhaust and mated to a Powr-range, eight-speed manual transmission. The engine makes 49.4 belt horsepower at 1,500 rpm and 328.5 lbs-ft of torque at 1,106 rpm. The engine has 15:1 compression, four-inch bore by five-inch stroke, a nine-quart oil capacity, a 29.6-quart cooling capacity, rated RPM of 1500 and a top speed of 13.66 mph. The transmission has a 60-quart capacity, four forward gears plus reverse in low and high ranges, with a belt-neutral position in-between. The tractor has manual steering and mechanical dry disc brakes. It features a rebuilt injection pump, clutch and rear end. It has new gauges, wiring harness, decals and medallions. The padded operatorâ€™s seat is in the open and faces a black, three-spoke steering wheel and dual shift ranges. Sometimes big ideas come in smaller packages. Case in point: the 400 Series Case tractors that debuted for 1955. This was the first all-new J.I. Case tractor in 28 years. Not only did the 400 line get a new four-cylinder engine for diesel, gasoline, distillate and LPG fuels, it got an entirely new eight-speed final drive that would become a cornerstone design for many years to come. Changes in the steering system, the seating arrangement and controls were also integrated. Most noticeably, the color scheme changed, from all red (elegantly termed Flambeau Red), to a combination of a Flambeau Red engine and final drive with tan (Desert Sunset) sheet metal. This combo would become the Case standard into 1969. The 400â€™s 251D four-cylinder diesel engine was a chip off the old Case blockâ€¦ the Case 377D six-cylinder diesel that had debuted in 1953. Case was a late bloomer in the diesel tractor world (no pun intended), but they did it right when they did it, having started the process of designing a diesel in 1948. The 377-cid Lanova cell (which Case called the Powrcel) six-cylinder diesel hit the mark right off with only a few teething issues when it debuted in the 500 models. For 1955, Case debuted a four-cylinder version of the same basic design with the same 4-inch bore and 5-inch stroke. In fact, the 251-cubic-inch displacement is exactly that of the six less two cylinders. Many parts interchanged. The 251-cid four was a five-main bearing engine. Both were unusual features at the time, with sixes commonly being four-main and fours only three. The Case diesels and gas engines share the same blocks, so the gassers were extra stout. The Case engines were wet sleeved and featured paired cylinder heads; the 251 mounted two pairs. The paired cylinders made for easier repairs and fewer incidents with warped heads due to heat. The 251-cid four cranked out a Nebraska-rated 49.40 belt horsepower at 1,501 rpm but was rated at 328.5 lb-ft of torque at 1,106 rpm, with a whopping 307 lb-ft at 773 rpm. Letâ€™s not ignore the Case 400 final drive. It was claimed to be the first eight-speed tractor, with a dual-range, single-stick four-speed transmission. The single lever had two four-speed shift patterns, with low range close to the operator and high towards the engine. The system worked well and was durable, but complex and a bit tricky to learn. This classic tractor is a standout: its two-tone color scheme and orchard screens lend an aerodynamic appearance.VIN: 8082395 This tractor is currently located at our facility in St. Louis, Missouri. It is sold as is, where is and sold on a bill of sale only.GET OUT AND PLOW!!!â€¨Note: Please see full terms and conditions listed below that pertain to the purchase of any said vehicle, thank you. 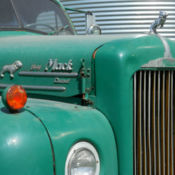 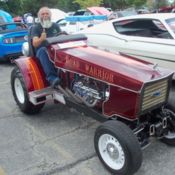 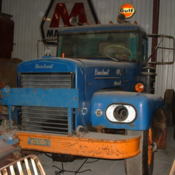 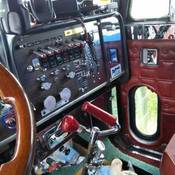 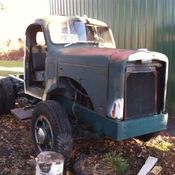 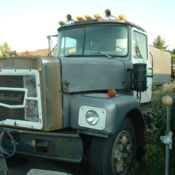 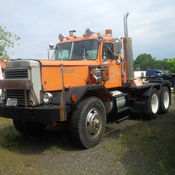 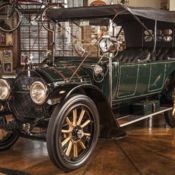 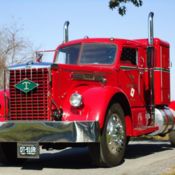 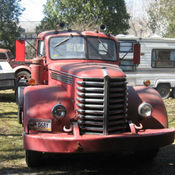