Mallock U2 Mk 17B. Over the years from 1959 to present day Mallock, a British race car manufacture who has built light weight and ultra fast sports racers and formula cars constructed only two of the ultra rare model Mk 17B series sports racers that competedagainst the likes of the Lotus 23's and Elva BMW's. To further compound the rarity of this Mallock,it may be the only one in the U. S. to have competed with Rotary Power.
Imported into Canada in the late nineteen seventies, This Mallock won the Canadian National Sports Racing Championship, not once, but twice (1978 & 1980) and with twoentirely different drivers. Both championship were with the rotary engine. There is a photograph of this Mallock (yellow body work) shown in period,in the1980's. A comment about the Mallocks that came down from Canada back in that era to compete at Waterford Hills,"they literally stomped all that they competed against and from starting at the back of the pack."
Mallock, now Ray Mallock Limited (RML), is still building the U2 series sports racers, now with the Mk 35 series. Mallock won manyBritish championships with the U2 cars and over the years, won races with Aston Martin Nimrod, Le Mans twice with the MG Lola's, and have won international championships in World Cup Rallys.
This Mallock U2 series Mk17B was restored over the 2013-14 years. That restoration, included rebuilding of the suspension system andbrakes, new clutch, rear end (with Quaiffe), wheels, drive shaft, gearbox (Saenz 5 speed), solid rear axles, dry sump system, aluminum radiator, external oil cooler, in-line heat exchanger, Body work refinished and painted, new hand hammered aluminum engine cover, 12 gallon fuel cell,racing harness, fire extinguisher, battery, oil and water lines, seat and new Inconel exhaust system. It is only one of two very rare series Mk 17B cars builtwith it'srare DiDion rear assembly.
The 13B engine is a Mandeville, at a dynoed 287 HP (dyno sheet included). The engine was freshened by Mandeville in the spring of 2014. Once all the work was completed the Mallock was raced at the first vintage race at Indianapolis Motor Speedwayin June of 2014, where it finish second. That is the only race that the Mallock has competed in since all of the work was performed. The current engine is one we used in the three time IMSA Camel Light Championship ARGO/Madza and utilizes a Mandeville specially built 51 mm intake manifold and matching Weber Carb, aMazda Competition front cover, Factory light weight engine rotors and eccentric shaft.
Complete documentation that comes with the Mallock, includes all five original owners names, the cars history and log book, as well as the work performed during the restoration.Spares include, a rear wing, a set of original Revolution wheels,engine cover and various other body panels, LR axle, RR axle, 2 F A-arms, shifter plate, fly wheels, 2 master cylinders, many spark plugs, 2 brake rotors, 5 coils, fuel pump, brake pads and an alternator.
The Mallock, at under 1,100 lbs is as you would expect, bulletfast!
Sold as is and devoid of warranty. Shipping cost by the buyer. 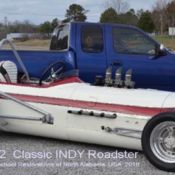 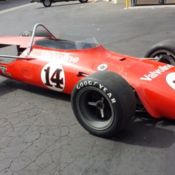 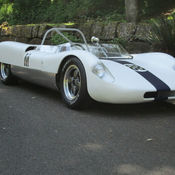 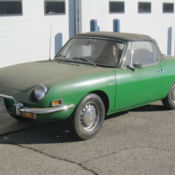 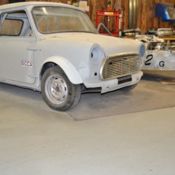 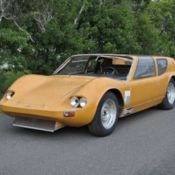 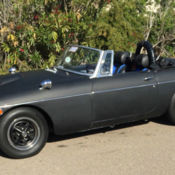 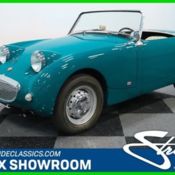 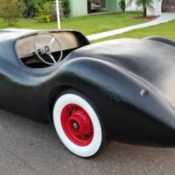 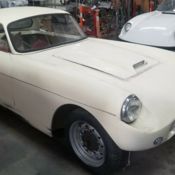