Here is an opportunity to own one of the very earliest Amphicars known to exist. While this car is titled as a 1964, it may be only the 49th one made (serial #100049). I purchased this car from an estate in New Hampshire last year. While she was in good condition overall, a little work was needed to get her back in top seaworthy and roadworthy condition. Now she drives, stops and swims like new. The odometer indicates less than 2900 miles which is reasonable since the original Vredesreintires showed very little wear.
The land transmission shifts smoothly and synchro works well. The water transmission is very quiet. The clutch is smooth with no chatter. The engine has good compression, starts easily and the temperature remains cool. The car was recently driven 200+ miles in Florida with temps in the high 80s and did not overheat or vapor lock. She has also spent several hours in the water recently and never took on enough water to get picked up by the bilge pumps (an extra one is installed).
Most of the rest of the car appears to be original as well, from the one piece front bumper, the “straight” style rear bumpers, the interior, the rare old style horn, the old style hood and floor mats, propellers etc… It can’t be called unrestored - it has been repainted in the past and some body work on the rear quarter panels has been done, but generally this car is about as original as you are likely to see. That being said, this car is not perfect, and the reserve reflects that. It is a very solid swimmer and driver when properly cared for can give you many years of enjoyment before it needs major work. The car has a clean title and is currently registered as a boat and car in Georgia.
The side moldings were originally red (I still have them) and have been replaced with red reproduction trim. The 8 cars used in the 1964-1965 World’s Fair in New York were specially equipped with red moldings. Without doing further research it would be impossible to say for certain that this is a World’s Fair car, but it does seem very likely.
All four tires have been replaced with new Coker American Classic radials, which have a great “pie pan” look and perform very well (the spare is still the unused original). Also a new battery, new moldings, new bilge pump, the oil has been changed in the engine and both transmissions, and new spark plugs were installed.
All interested parties are strongly encouraged to personally inspect the car before bidding. The winning bidder shall transmit a $500 non-refundable deposit via PayPal within 24 hours of the close of the auction. The balance must be paid via cash or wire money transfer within 10 days of the close of the auction or when ownership is transferred, whichever occurs sooner. The seller makes no guarantee of the accuracy or completeness of any of the information contained in this ad. I will be happy to answer all questions to the best of my ability but it is the responsibility of the bidder to independently verify all information before bidding. Thanks for looking! 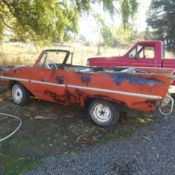 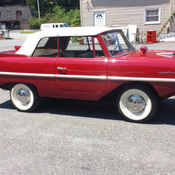 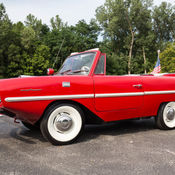 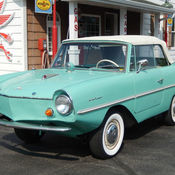 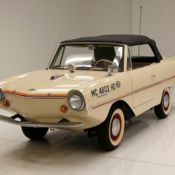 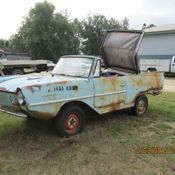 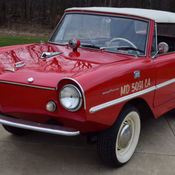 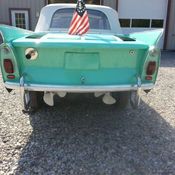 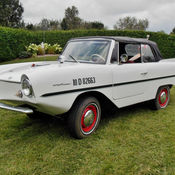 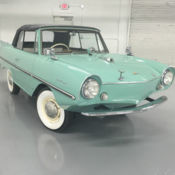