If you have ever wanted an Opel Manta, and are capable of a full restoration project, this may be the most complete package of the "right parts" to build a great example of this iconic '70s coupe that you may find. I bought these specific cars to do exactly that, but more important life events (and the loss of an extra garage to do it in) forces me to pass it on to another Opel fan.
The '75 was purchased from the estate of the original owner, a rancher near Reno, Nevada as the basis for the project because it never saw snow (the only rust repair needed is the battery tray and an odd strip on the hood) and for the parts unique to the 1975. There are service records, as until the mid '80s it was his primary car when not driving the ranch's pickup trucks. He added some custom touches; a digital tachometer (many '75s had a blank spot where a tachometer or clock went), long-tube downpipe eliminating the catalyst on this CA spec car, the "sporty" black paint on the rear of the car, a Radio Shack stereo and two pair of speakers on the rear deck, and dark film on the glass, which prevented the interior from being bleached and baked to death (it still needs a reupholstery!). It ran until 2007, when the fuel pump went out weeks before his death.
The 1971 is a Manta 1900 Rallye was a European Delivery car that has had several owners. It was purchased from a family in Oregon, where it was first sold. The Rallye has a cleaner interior, but has rust on the left rear lower corner (pictured) as well as the battery tray, and has a lot of filler (but no rust) on the panel between the hood and grille. It ran when I got it, needing shocks and ball joints, as well as tires. It remained unmodified, still having its original OPEL AM/FM radio and no speaker modifications. The only thing it is missing is one of the original driving lights below the bumper. The bumper was removed to send it out to be straightened (not done), and is pictured. This car was to give up its many unique parts to the 1975 shell. The hood is solid, although the prior owner used it as a support to paint something white.
Opel fans will recognize where I was going with this. The 1975 was the last year for the US, and was Bosch fuel injected in place of the previous carburetor. This transformed driveability and gave the car a power increase to 81 hp (77 in CA). It also had larger front brakes with vacuum assist, a high-flow "Sprint" exhaust manifold, more vent openings in the sport wheels, 2 additional vents in the dash for improved ventilation, and a unique vinyl upholstery in a ribbed pattern similar to what Mercedes-Benz for many years. The '75 also had a thin B pillar. It also came with the large crash bumpers introduced on the 1974 model.
The 1900 Rallye (the Manta name came to the US in 1973) had performance enhancing parts and appearance enhancing items unique to the model. Most significantly, it had a rear axle gear ratio to enhance acceleration, tachometer, console gauge package, accessory fog lights, unique Rallye wheels with center caps and trim rings, side stripes and black hood. These early cars had forged piston rods and a bucket-like upholstery pattern on the rear seat, as well as the small chrome bumpers (most important to the look of the car).
If you're knowledgeable about the Manta community, you know that between a couple of US sources, Dr. Manta in Germany, and the opelgt forum community, all of the replacement parts such as bushings, weatherstrip, and maintenance items are available. Plus, these engines can be rebuilt with off-the-shelf GM parts as Opel was GM's German division (until recently sold to Peugeot). You'll still have to strip and paint, get the upholstery sewn, and put it together, but you'll basically have two of everything needed in your garage. Transmissions shift solidly. All the glass is intact, and with a deep cleaning the carpets should be good until you commission a new molded one-piece carpet. :) Also included is a set of door armrests from a Manta Luxus.
Each car has a set of correct wheels, although the tires are shot, and there are some VW wheels on the cars to roll them around. There's a new water pump for the injected car and a new 3 spoke steering wheel in my basement. Except for the items mentioned, the only rust on these thick German steel bodies is on the surface.
The Rallye has a title, but Nevada dispensed with titles for older cars so the 1975 will be sold on a bill of sale.
I was planning to convert the fuel injection to a Bosch CIS system from a 1984 VW Scirocco, which had 90k miles and ran perfectly. The CIS system would support an upgraded camshaft that the Opel's L-Jetronic system would not. I have the complete system, with wiring, computer, and distributor available separately to the buyer.
Photos before the shot of the nameplates are the 1975, after are of the Rallye. I have more photos (5 of the paperwork that came with them) but you can only post 24. If I've missed anything let me know. I am looking for a good home for this project, and will be as helpful as I can to achieve that, but please realize bidding is a commitment to buy, not to kick tires or renegotiate.
The cars are for sale locally and as such the listing can end at any time.
Please submit $500 within 24 hours, and make final payment by bank transfer or in cash on pick up. 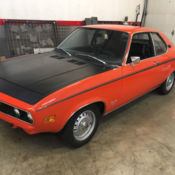 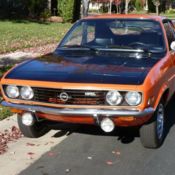 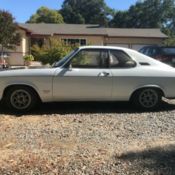 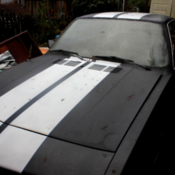 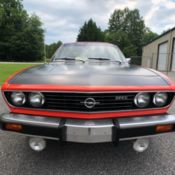 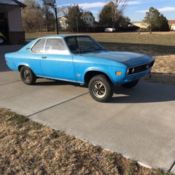 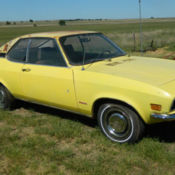 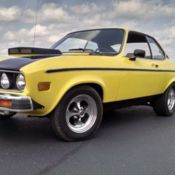 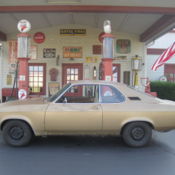 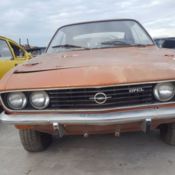