The 1967 Toronado was the second year of production for Oldsmobile's brand new front wheel drive Luxury Executive Sport sedan. Many refinements were made from the first year of production to give the car a smoother ride and reduce exterior noise. A great deal of information is readily available about the history and design of this car and can be easily found on the internet and other sources.
My history with the '67 Toronado design began when as a young man returning from the military, I fell in love with a new '67 Toronado that was virtually identical to the one offered here. I drove it for over 125,000 miles and always regretted selling it. Almost 50 years passed and one day I happened to see this one for sale in a town nearby. I couldn't resist buying it to restore it as a walk down memory lane. I was astounded that it had less than 28,300 actual miles on it! The original owner had only recently passed away and his estate was selling it. Unfortunately it had spent many of the last 20 years sitting outside with only occasional service, so I knew it would need a great deal of work. Having retired not long before, I have restored it as close to original as it could. Wherever possible I have used OEM and New Original Stock parts and materials. I have enjoyed recapturing the past a bit . . . but it's time to sell and move on to another project. Like so many aging baby boomers doing a restoration I have spent much more money on the car than I will ever recover., but the enjoyment was well worth the cost. Although I have owned the car since 2015, I have put less than 300 miles on it driving it only occasionally on weekends.
Since we had pulled the engine to redo the heads and valve seats changed to accommodate unleaded fuel, I decided to go ahead and rebuild the engine with new pistons, rings, valves, bearings, seals and also replaced the steering gear and power steering pump.All door gaskets, window seals and any rubber parts were replaced by the body shop that did the paint work. A small amount of rust was professionally cut out and welded back. Additionally, any questionable parts such as heater core, headlight actuator valves, CV joints, ball joints, brakes and cylinders, and electric window actuators were all replaced with new parts. The interior was completely redone with NOS materials we were able to find for the seats and vinyl inserts. The carpets and kick panels were all expertly redone using new matching materials exactly as it was done at the factory so it looks showroom fresh.
I have all the restoration records and a great many more pictures of both the car as I originally found it as well as how it looked through the various stages of restoration. The estate provided the original window sticker and owner's manual as well as a number of service invoices.
The car is in very good condition now, but it is not perfect. The rear shocks have been replaced, but the ride is not as good as I remember it. (Of course, I am a lot older too!) There is a small paint flaw on the hood that not very noticeable, but it should be repaired. The rear bumper has a 6" flaw in the chrome that developed after it was re-chromed. The Wonder-Bar AM-FM radio worked until a few months ago and the AC system won't hold a charge more than 6 months. Other than these items, I believe the car is in terrific shape.
I will be happy to help the buyer arrange shipping and would be amenable to having your mechanic inspect the vehicle. 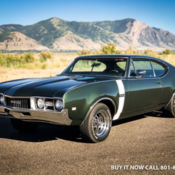 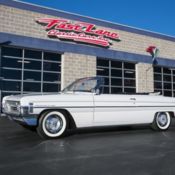 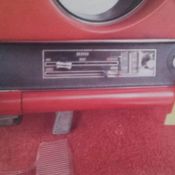 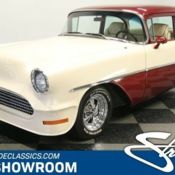 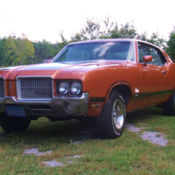 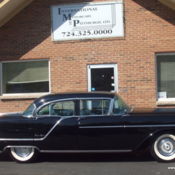 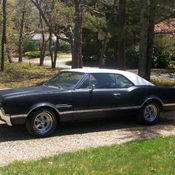 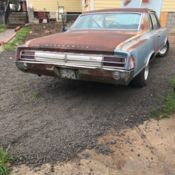 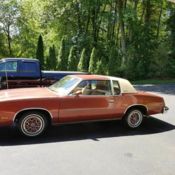 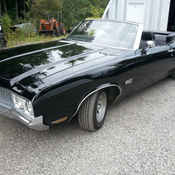