Oldsmobile brought us back into the muscle cars days with a taste of the performance we all love. The 1983 Hurst/Olds Cutlass moniker was resurrected in time for the partnership's 15th anniversary and celebrated with this low production run of V8 coupes. Amazingly, this particular example has averaged well under 700 miles annually Ã¢â‚¬" so you know it has been treated like the collectable it is. The Hurst/Olds was never about being subtle, and this '83 continues the grand tradition with an awesome black-over-silver paintjob, blacked-out trim, and red stripes encircling the car. Plus, the aggressive spoilers and hood scoop let you know this meant business. These upgrades unlocked the bulldog-like stance hidden within the more formal GM G-body and truly created a great mix of aggression and class. The transformed Cutlass looks fantastic in its war paint, and this one has held up well over the last 30+ years. This is believed to be the original paint, and the way it still shines with pride is a telltale sign that this low-mileage coupe has been treated with respect all its life. The decals remain firmly affixed to the sheetmetal, and all the parts unique to the Hurst cars are intact. The condition of these details really tell you this was a cherished coupe, and with only 3,001 anniversary examples produced, we certainly understand why. In fact, this two-owner example was originally purchased by an Olds employee. So he really took pride in his craftsmanship. Inside, the Hurst/Olds got bucket seats and a proper console Ã¢â‚¬" something few other Oldsmobiles of the era can claim. The gray velour cloth nicely complements the exterior, and you can really see the details on this well-preserved example. But the real party piece everyone will be looking at is the special three-lever Hurst Lightning shifter setup that gives full manual control of the automatic transmission underneath. It's this special structure that also makes the factory upgrade to a full round gauge pack so helpful. After all, the factory tach will be truly useful in this Hurst/Olds. As a true premium coupe, it came loaded with power driver's seat, power windows, power locks, cruise control, remote mirrors, and tilt wheel. All of it looks original and complete, right down to the factory AM/FM stereo. And while this is amazingly preserved like a time capsule, there is one upgrade you won't see but you'll feel. The factory air conditioning has been recently overhauled and is now blowing cold with modern R134a. With a car this original so far, it's great to see such a well preserved engine bay Ã¢â‚¬" even the correct decals are present. Oldsmobile utilized their rugged and torquey 307 cubic inch V8 for Hurst duty. Fortified with a four-barrel carburetor and rumbling dual exhaust, it provides the kind of old-school muscle that few others offered in the '80s. Just like the rest of the car's originality, this is the numbers-matching motor, and it even comes with a hit of flash on the factory chrome air cleaner. You saw the triple-stalk Hurst shifter in the interior, and on the road, it allows you to get the most out of the motor. Plus, on days when you want to take it easy, just simply let the four-speed automatic w/overdrive shift itself. In fact, this one has other great features for both cruising and performance driving such as power steering, front disc brakes, and sway bars front & rear. There are even new tires and an alignment on the Super Stock wheels to keep this one driving like new. A car this distinct needs the right paperwork, and so the sale comes with the factory buildsheet, dealer invoice, original window sticker, owner's manual, and original bill of sale. This is a true collectable with pedigree, so don't miss you chance. Call today!!! 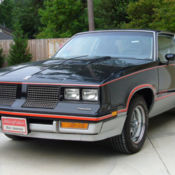 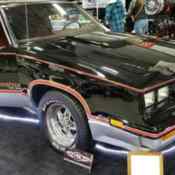 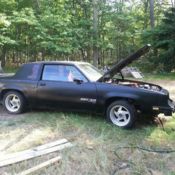 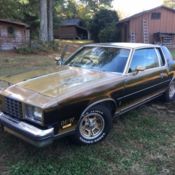 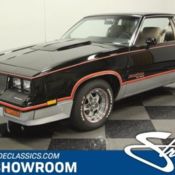 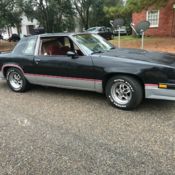 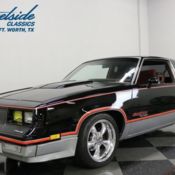 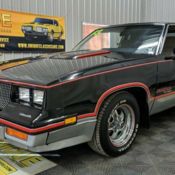 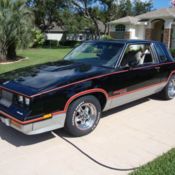 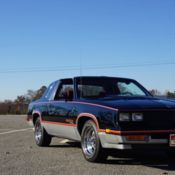