The pictures don't begin to show how nice the paint job is on this 1967 Cutlass Convertible 442 clone.The owner was a professional paint and body mechanic and painted the car at his shop.I have not found any rust on this car, and no evidence of body putty.

I'm not a car dealer.I'm a hot rod fanatic who has owned lots of cool cars and this is a nice, solid car with a lot of potential. The car has been driven occasionally for the last 20+ years, but mostly sat in the garage.The odometer reads 52,000 miles.It rides really nice and smooth.The brakes were converted to Disc on the front and a dual master cylinder and brake booster were added.The ram air was a cool addition.

The interior carpet appears to be original and is in good shape for its age. The rest of the interior has been recovered and looks nice.The console gives the car a modern look and has temperature, oil pressure gauges and a cd player.Note the car is a radio delete car with no place on the dash for a radio. Currently the speakers are old drive in speakers that can be pulled out for car shows.

This car has been adult driven its whole life.The 455 engine was rebuilt some years ago but only has about 2000 miles on it.The rebuild included:

The car also has:

Things that the car needs:

Â·A new top.The current top is functional but as you can see, it is worn out.The motor for the top will need replaced as well.

Â·The temperature gauge in the console does not work and a replacement is temporarily mounted under the dash. 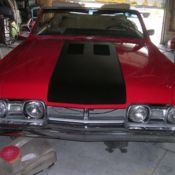 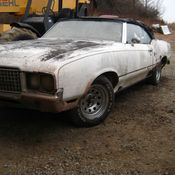 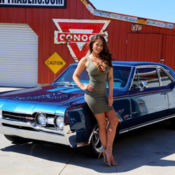 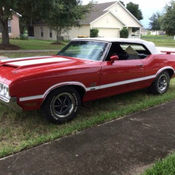 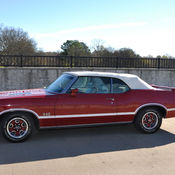 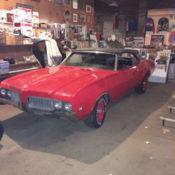 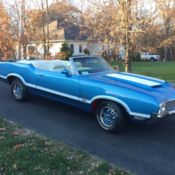 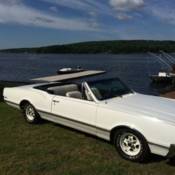 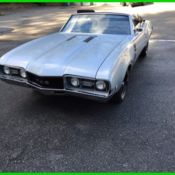 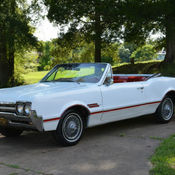