Remember back in the 90's when high end tuners like KÃ¶nig were souping up high-end cars like the Ferrari Testarossa? The Stern wheels on this GTR remind us of the wheels that were chucked on cars like that. Similarities end there though, since the GTR shows no other resemblances, and that's fine by us! This car is a sweet driver, and even though the paint is in need of love, at least the mechanical bits seem to have fared better. This car's mod list is fortunately small, and so many key pieces have been left alone, ready for it's next owner. Some of our customers prefer it stock, some prefer to make it their own, and what a perfect candidate for either prospect!

Entering production in August 1989, the R32 Skyline GT-R was revolutionary in it's class. It was nicknamed "Godzilla" in Australia due to it's ability to outperform the V8 muscle cars that were popular during the time. With a 276hp 2.6L twin-turbo inline 6 and all-wheel drive, it could dominate on the drag strip or road course. The motor was matched to a 5 speed Getrag manual with a final drive ratio of 4.111. Also available was a 4 wheel steering system, helping the GT-R utilize all of it's available grip. With a plethora of aftermarket parts and tuning it's possible to push 1000hp from the GT-R. 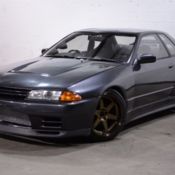 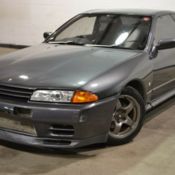 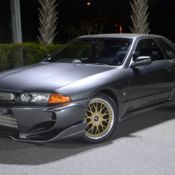 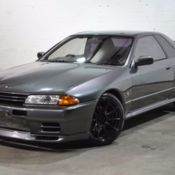 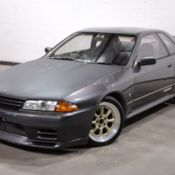 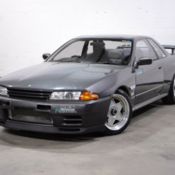 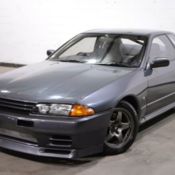 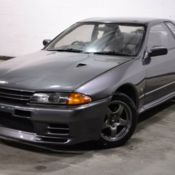 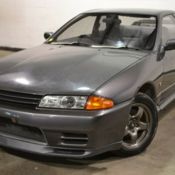 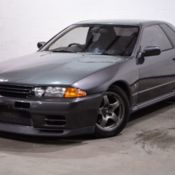