Model History The Figaro prototype was launched at the 1989 Tokyo Motor Show under a "Back to the Future" banner as a 1950's era throwback. In near Henry Ford fashion, just four colors were available: Topaz Mist, Emerald Green, Pale Aqua and Lapis Grey as each color symbolized a season of the year. Only 20,000 units were ever built - 8000 planned with an additional 12,000 added to meet demand. Despite the rather steep original MSRP of $14,500, they proved so...popular that Nissan held a lottery to decide who could purchase one. Designed by Shoji Takahashi and based on the Nissan March/Micra platform, the Figaro is small, like Geo Metro small, but is powered by a peppy little 987cc (1L) turbo 4-cylinder. It resembles quite closely the Autobianchi Bianchina made in Italy from 1957 - 1970. In accordance with your four color choices, you are given one transmission "optionâ€, a 3-speed automatic and no other choices of interior. The inside is color-coded with white-faced instruments and retro-syled silver switches/knobs and a radio to match. Top Gear last year wrote "If a machine could be the manifestation of a good mood, this car would be it. You cannot look at it without smiling. It has the appeal of a puppy!" We prefer one of our reader's description ... "it's the automotive equivalent of a little boy wearing a baseball cap, chewing gum and yo-yo'ingâ€. The general theme is there...having fun and always in a good mood! Today we present to you 1992 Nissan Figaro which is finished in Pale Aqua over a white leather interior and powered by a turbocharged 987cc inline-four paired with a 3-speed automatic transmission. The car was imported from Japan by us about five months ago and shows 60k kilometers (~38k miles). A new retractable soft top has been installed, the radio has been converted for the US, and we have recently serviced the engine with a new timing belt, water pump, and tensioner, new tires were also added. Now located in Philadelphia Pennsylvania, this Figaro is sold with a clean Pennsylvania title. Along with the other "Pike" cars, the Figaro was styled by Japanese industrial designer Naoki Sakai, who also designed the Olympus O-Product camera. This example is one of over 20,000 built during a single year of production and is finished in Emerald Green, one of four available colors. A new top installed by us is equipped with a heated glass rear window. The top retracts into a recess aft of the rear window as seen above, while the C-pillar and window frames retain a fixed profile. The interior is trimmed in white leather contrasted by dark piping and equipped with vintage-style instrumentation and a 3-spoke steering wheel. The turbocharged 987cc MA10ET four was factory rated at 76 horsepower and 78 lb-ft of torque. Power is sent to the front wheels via a 3-speed automatic transmission. Recent service performed: a new timing belt, water pump, and tensioner. This vehicles vin number is: FK1002096 This vehicle was legally imported from Japan and currently has a valid PA title. We also offer nationwide shipping forthisvehicle. Please contact us for a quote. Financing is available to qualified buyers!!! 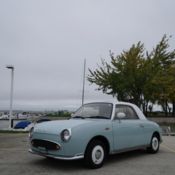 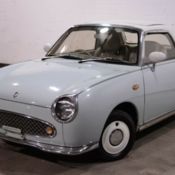 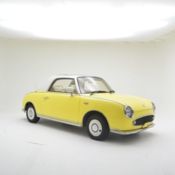 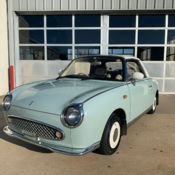 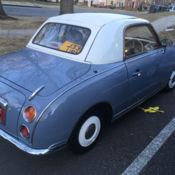 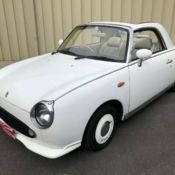 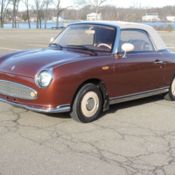 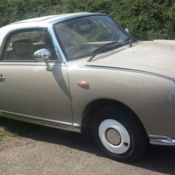 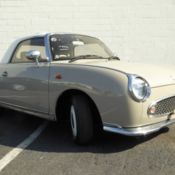 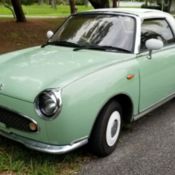