Up for auction is a very nice Delica L400, very few in the states as these went into production on early 1994 & can't be imported into the US until they are 25 YO. I've had several Delica 300's & these 400's are a MUCH more modern driving machine. Just drove from Olympia WA to St George UT @ 80 mph speeds without issue. I am selling as I have a camperized 300 & a built lifted 400 in WA that's got dents & scratches, perfect to barrel down the logging roads there. This one is just too nice for that. Was my daily driver when I was in WA, & could be still. Again if you're experienced with 300's this 400 keeps the good & just is plain better. Right hand drive with an automatic is pretty easy in such a narrow vehicle, most have more problems with wipers & turn signals!
Seats 7, 4 captains chairs & a rear split bench. In the picture the middle seats are pushed up against the front seats, as the bed platform is set up. the 2 piece rear seats are loose & can be bolted back in when the bed is removed.
2800 cc intercooled turbodiesel 4 cyl motor. True 4WD with a hi/lo transfer case & automatic locking front hubs(manual hubs are available/I put them on my other one) Parts readily available thru several shops in BC Canada. Very solid underneath, no rot, typical surface rust on running gear, a few small bubbles above the windshield where some clearcoat has peeled off.
Yes, it can tow, has 2" receiver. 80 mph on freeway easily. AC is intact but not blowing cold. Most Delicas coming from Canada have had it disabled. turbo timer, power windows & locks, CD stereo. If you drive it, you won't be disapointed, almost wonder if I'm selling the wrong one as I don't ever expect to find a better one.
Legally imported & titled in my name, registration in your state won't be a problem. ??? welcome( I know my Delicas!) & my phone # is available for the asking, Van is in So Utah, 2 hrs North of Las Vegas NV. I would not hesitate to drive this van anywher, but obviously no guarantee.
note- VIN shown is for my Volvo, as Ebay won't accept the correct Japanese VIN 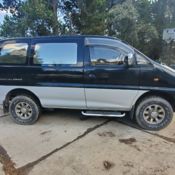 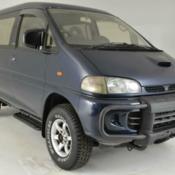 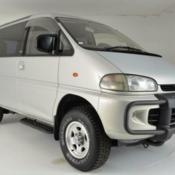 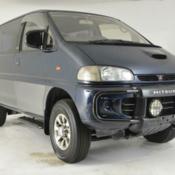 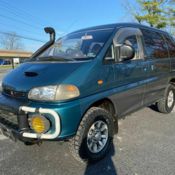 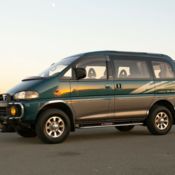 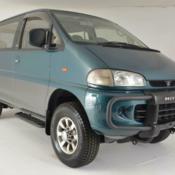 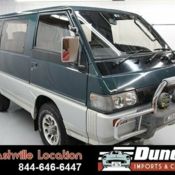 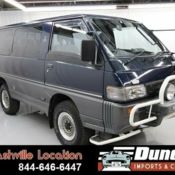 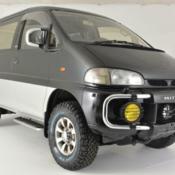