1954 MG TF Roadster In the late 1930s, MG adopted the robust and affordable XPAG engine from Morris for the new T-series. The change wasn't necessarily welcomed by traditional MG fans of the time, but the new management at Morris forced them to abandon their high-strung, exotic overhead cam engines in favor of the vastly less expensive, production-based Morris unit. When motorcar production resumed post-war, MG's charming pre-war styling and light, nimble handling struck a chord with buyers, particularly among the many Americans serving overseas. Soon, the little Abingdon-based sports car company found a steady stream of Americans eager to get one of their spindly TC “Midget” roadsters. The TC's success spurred on its replacement, the TD in 1950. That car retained elements of the pre-war look but with modernized details and a host of refinements, including independent front suspension and a roomier cabin. In time, MG sales lagged as more practical alternatives to the T-series emerged on the scene. The modern MGA was in the works, but still several years away, so in an effort to claw back sales, MG bridged the gap with the heavily revised TF Midget, introduced in 1953.Sharply styled with faired-in headlamps and a rakish, laid-back radiator grille, the TF's new sheet metal cleverly masked the TD body tub. Mechanically, the TF was a simple evolution of the TD, sharing its independent front suspension, crisp rack and pinion steering, and the famously robust XPAG OHV four-cylinder engine. Only 9,602 TFs were produced between 1953 and 1955, making them the rarest of the post-war Midget series, and paving the way for the game-changing MGA and MGB to follow. The 1954 TF roadster offered here is a wonderful example of the spirited T-Series. It was fully restored and repainted by the original owner with many newer parts in 1987 when it had 80,759 miles. It was hardly used and stored for many years inside until I acquired it and have been driving it for car shows and MG club meetings and competitions ever since but only about 3500 miles have been put on it since restoration and rebuild. It was Equipment includes wire wheels, wind wings, and a correct-type vinyl top with side curtains and both a half and a full tonneau cover, rear luggage rack, front badge bar with badges shown and vintage California license plates seen in photos which are registered to the car with appropriate current markings. The rich red interior looks particularly attractive against the dark red paintwork and features authentic materials, fittings, and details and a new set of mats, including the gold banjo-style wheel covered in red leather and signature octagonal instruments. Similar attention to detail was paid to the engine bay and undercarriage. The XPAG pushrod inline-four displays high-quality finishing in the correct shade of MG red and is topped with a period valve cover. Everything works except the notable fog lamps. The wiring is there and a relay and instructions will be included. Truth be known, I never drove it in the dark while headlights work. In the true spirit of the T-series, this TF rewards with its charming good looks and delightful road manners. It is very well detailed inside and out and is sure to please the veteran enthusiast or newcomer to the marque alike. Email me if you intend to make a reasonable offer. 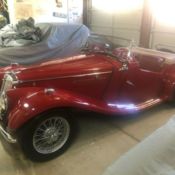 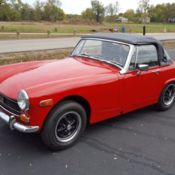 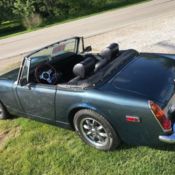 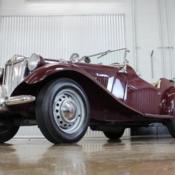 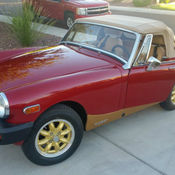 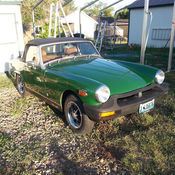 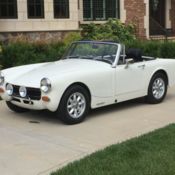 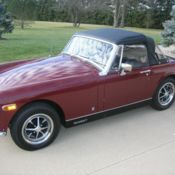 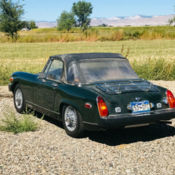 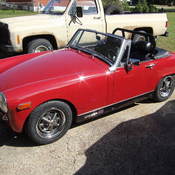