The 1950 MG TD was the first major update of the beloved English 2-seater since before the war, and it was long overdue. GIs returning from WWII had made the MG TC a household name and 2-seat sports cars were now a fact of life on American highways. Longer, lower, wider, more powerful, and with improved steering and brakes, the TD was everything enthusiasts loved about MG sports cars and more. Today they remain equally passionate about these lovely little machines, which skillfully combine Old World craftsmanship and entertaining road manners to create something that can’t be found anywhere else. If you like the elemental feel of a purpose-built machine going about its business, an MG is what you seek.

This particular 1950 MG TD is an early production model and has been treated to a cost-no-object frame-off restoration that cost nearly $100,000. We have detailed photos and receipts of the entire project, and starting with a clean, solid original car helped deliver the eye-popping results. The look is instantly recognizable, and even people who don’t know much about cars seem to know that this is an MG and that an MG is special. The bright red paint certainly helps, because, after all, if you’re going to have a sports car, you may as well go with the high-visibility color. The show-quality workmanship is visible throughout, with a deep gloss to the paint, laser-straight sheetmetal that’s probably better than new, and excellent fit and finish that shows in the way the doors open and close and how easy the hood is to latch. It’s difficult to resist running your fingertips down the long hood and while the TD was a notable update over the TC, it still has that old-fashioned MG look with separate headlights, an upright grille, and flowing fenders. This particular car is nicely dressed with chrome bumpers, accessory wing mirrors, and a set of driving lights in front of the grille and a pilot light on the windshield pillar. The chrome was all restored with the rest of the car and remains in outstanding condition. The only mark we can find on the car is a small scratch on the right front fender (or “wing” in the traditional parlance) that has been neatly touched-up and is almost completely invisible. This might just be the finest MG TD on the market.

The interior is trimmed in red leather and in the finest English tradition, it’s fragrant and soft to the touch. Interestingly, MG used individual lower seat cushions but one single backrest, which is adjustable for angle, so it’s easy to get comfortable, even for taller drivers. There’s also a steering column that’s adjustable for reach, which is a nice feature on an early car like this. The hides are supple and smooth with only moderate comfort marks on the driver’s cushion, and the door panels are beautifully fitted with built-in map pockets. The steering wheel was re-cast at the time of restoration and all the gauges were rebuilt and remain fully functional. You’ll note there is no fuel gauge, although that green light in the center of the instrument panel indicates when there are about two gallons left in the tank. The other switches are familiar, from the pull-out starter knob to the rotating headlight switch. You’ll also see a pair of plugs in the lower middle of the dash, which are power for an accessory trouble light with a retractable cord (see photos). How cool is that? Turn signals are on a flipper switch under the dash and the wipers are electric to add some reliability. For weather protection, this car has a beautifully fitted tan canvas convertible top that folds and stows under a matching tan boot, as well as a full set of side curtains. There is no trunk, but the area behind the seat is neatly finished with black carpets and includes the original crank handle clipped to the seat back.

Mechanically, the TD wasn’t all that different from the TC, including the gutsy 1250cc inline-four cylinder engine. Horsepower is probably around 80, but in such a lightweight package, it’s plenty spirited and makes wonderful sports car sounds. Fed by a pair of side-draft carburetors breathing through a single AC oil bath air cleaner, it’s quite correctly restored and beautifully detailed, from the MG Maroon paint on the block itself to the soft gray finish on the tinwork. During the restoration, it was fully rebuilt to factory specs and thanks to the pros at Black Horse Garage, it runs superbly. Details like the wiring harness, hoses and clamps, fuel pump, and fasteners are all correct, and while it shows a few minor signs of use, it’s still not far from being ready for the show field.

The 4-speed manual gearbox is probably the one thing that makes people fall in love with MGs. With light throws, just the right gear ratios, and a wonderfully precise feel, you’ll find yourself shifting just for the sheer joy of it. The engine is torquey enough to pull 4th gear even from very low speeds, but the fun is in running it through the gears with enthusiasm, letting the engine sing its surprisingly baritone song through the single tailpipe out back. It’s not fast, not by today’s standards, but the fun is in driving it at 8/10ths and still running at a moderate pace without endangering the countryside. You feel like you’re exercising the car and having a ball doing it. The suspension was upgraded on the TD and the rack-and-pinion steering is a wonderful addition, giving improved precision with less effort. Brakes are plenty powerful and with the light curb weight, even those 165SR15 Dunlops on chrome wire wheels are plenty grippy to be entertaining.

This is unquestionably the finest MG we’ve ever featured and I’ve not seen many that are better. Fully sorted and reliable, it’s an excellent car to drive or show at almost any level and the cheerful look will win it fans everywhere you go. These cars are demonically expensive to restore properly, so it always makes sense to buy the best and you’ve just found it. Call today! 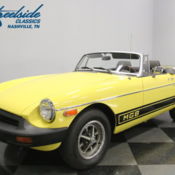 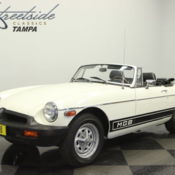 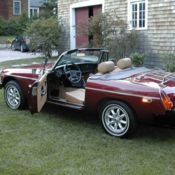 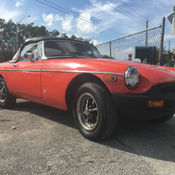 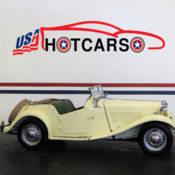 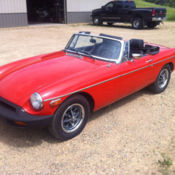 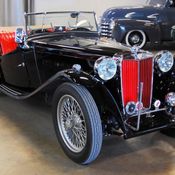 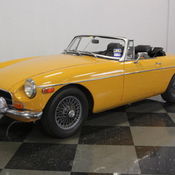 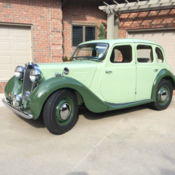 1947 MGYA, Complete frame off restoration of a classic that has a great history 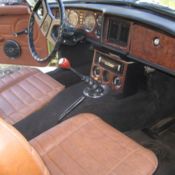