Here’s a fun and reliable daily driver that starts, runs, shifts and stops just as it should. It can also be a terrific restoration project. It’s up to you.

Here’s the scoop:I bought this little red roadster with dreams of transforming it into a concours d’elegance show winner.Reality soon reared its ugly head and I realized, as so many do, that full restoration was beyond my current reach.The primary constraint is time. I actually needed to continue driving this car to work every day and the body work needed on this MGB might put it out of commission for a week or more at a time.So, I bought an already restored model and am selling this little jewel at a bargain price.

As I mentioned, this MGB is a really great runner.The engine strong and the gearbox shifts smoothly and cleanly. The aftermarket exhaust system, which resembles an Abarth, makes this little roadster sound like a finely tuned Porsche. The car is a pleasure to drive and has proved to be reliable, too.

Since I acquired it a couple of months ago, I have:

My favorite MG tech says the car is in terrific shape as a driver and needs nothing at this point.

But, in all honesty, it does. It is suffering from the routine sill rot, especially – as usual – on the driver’s side.At some point, replacement of the load bearing components under the doors will be required. The floor boards are mostly intact, but might as well be replaced at the same time. So far, so good, but…. Fortunately, suppliers such as Moss Motors, Victoria British and, my favorite, Brit-Tek (brittek.com) sell full kits for such purposes.

The little red MG could also use fresh interior bits – though the original seats and panels aren’t too awfully bad.The car could also benefit from the repair of items such as the inoperative speedometer, windshield washer pump and radio.I did install new wiper blades and the two-speed wipers work just fine as do the lights and other vital safety items.Oh – and the shock absorbers, front and rear, were converted to tubular types somewhere along the way.As I said, this car works really well as a daily driver just as it is.

Those bits alone – from my friend Bob at Brit-Tek -- are worth over $500.The parts and labor already invested in this machine top $2,000, so the $3,250 price I am asking (and it is firm) is both attractive and more than fair – far less than what I have spent, f’sure. If you’re willing to spend the time (and money) on some interior trimmings, body work and a paint job, you will have a real winner here, just as I had intended! 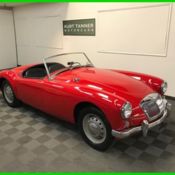 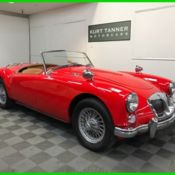 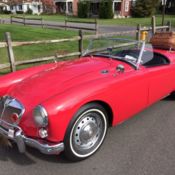 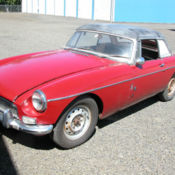 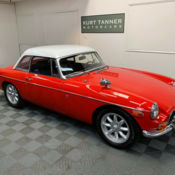 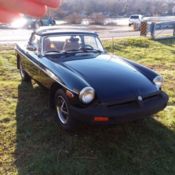 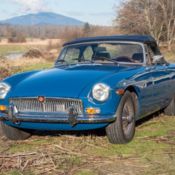 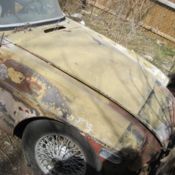 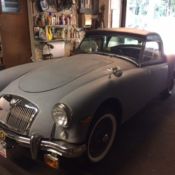 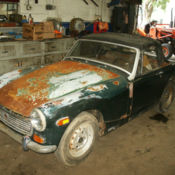