**FOLLOWING THE INFORMATION BELOW ARE 52 DETAILED PHOTOGRAPHS FOR YOUR CONSIDERATION

Originally a New York car, this MG was purchased by the previous owners (a young, couple in their 20s) on July 1, 2014. According to what they have written ...

“The original owner (upstate New York) used to race the car ... it has been driven every day since we purchased it from him. My girlfriend and I drove it 8,500 miles on a new set of tires and tune-ups in a four week span. A month later we drove it from Napa Valley to Vancouver (2,000 miles) for a Memorial Day weekend.” Among other adventures, they also took it to Lake Tahoe.

Most recently, they drove the car to my home in Southern California and sold it to me. My wife and I took them to San Diego, where they had already put a deposit on a 4-wheel drive vehicle, and for all I know they plan on traversing the Himalayas. They HAVE made a trip to the China Wall. Hey! MG owners, past present and future, can be very interesting people. Oh, to be young again!

Because the car spent the majority of its time back east, it has significant rust in the floors and related areas. Interestingly, the shut-lines of the body are very straight, and there is just a small amount of rust in the trunk. I do believe the paint is factory original. Bill of Sale will include “This car sold as is, with no guaranties or warranties expressed or implied.”

The previous owner also has said, in writing, “We have recently had an engine out job where we replaced the clutch, starter, and put in new engine mounts.”

The car ran and drove just fine when I photographed it, but cosmetically, the car is tired, and it will need some mechanical work. At least one of the carbs, or perhaps a fuel line will need some attention, as it has most recently has begun running rough. Also, some things are missing here and there. For example, one of the front latches for the hard top is missing, as well as the valve cover oil cap. A soft top frame isn't included with the car, but I have one in storage if you're interested.

And then, once again, there are the positives ... wire wheels, overdrive, factory hard top, a straight body, original paint, correct engine, split rear bumpers (only on a 1970 MGB) and a VERY interesting history!

TITLE: CAR SOLD WITH A BILL OF SALE ONLY, AS TITLE HAS BEEN LOST.

THE FOLLOWING ARE 52 PHOTOGRAPHS FOR YOUR CONSIDERATION. IF, FOR ANY REASON, THEY DON'T ALL SHOW UP IN THIS LISTING, PLEASE CONTACT ME AND I WILL MAKE SURE YOU ARE ABLE TO VIEW THEM ALL. 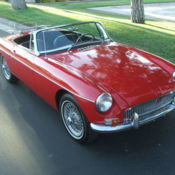 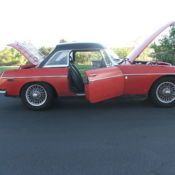 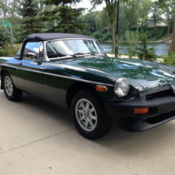 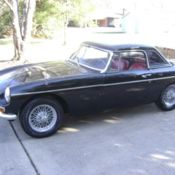 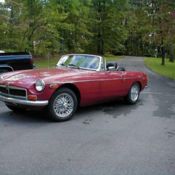 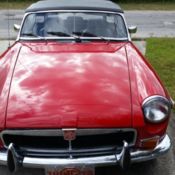 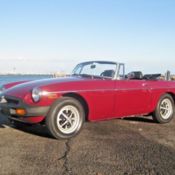 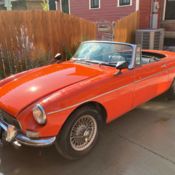 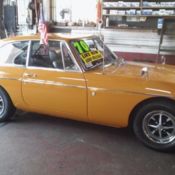 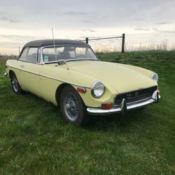