This is a very rare example of early 60's factory muscle in a full size convertible. This 1964 Mercury Parklane was factory built with the Marauder 390 and toploader 4 speed drivetrain option. This is a numbers matching Ford of Canada car, and the big block 4 speed setup was correct. Engine code "JB" designates this setup. Power brake booster and complete power steering setup, including the original pump, still in the car. Very unusual for a top line, full size convertible.
The drivetrain was removed many years ago for use in another muscle car project. I was told that the engine that came out had cast iron shorty headers, open air filter element, and had solid lifters, and this is why the engine/drivetrain was removed. I have no way to verify that but it is intriguing to think this may have had a Police Interceptor 390 in it at some point in its life. In the very least it is a true 390 4 speed car. It is my understanding that PI 390 engines were in USA built P code cars. I've verified it does not have the brake line at the front crossmember like 427 powered cars would have. Three out of four wheels are the solid welded type with FoMoCo stamped on them, they have code 67 stamped also but I believe them to be for '65 and up disc brake cars. They do look very close to the wheels used on hipo 427 cars although they have a deeper offset for the brake calipers on a later car, as I understand.
This is a rough project car that needs an extensive restoration, but is certainly restorable. There is old body work along the bottom of the rear 1/4 panels and some areas of the outer rockers that will need to be redone, as previous work was substandard. Surprisingly, the front and rear floors are very solid, while the trunk needs rust repair. It's missing the hood, and some of the side trim, as well as a few of the interior panels, and instrument cluster in the dash. Frame is very solid and the doors line up and close well, which as a really good sign for a convertible body.
The clutch pedal is there but the shifter, shift linkage, and shifter console is gone.
Color was originally all white exterior with two-tone blue interior.
This car is sold with a bill of sale, as is, where is. I can deliver to Vancouver BC for shipping to the USA or containerized shipping overseas. 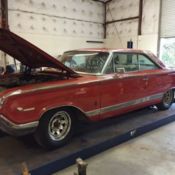 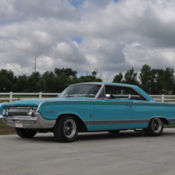 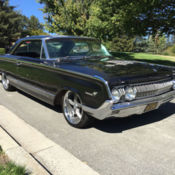 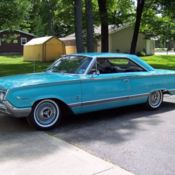 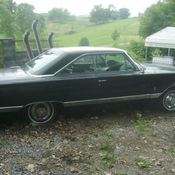 Up for sell 1964 Mercury parklane marauder no motor or trans. car is great cond 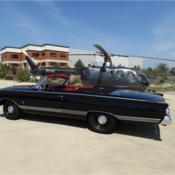 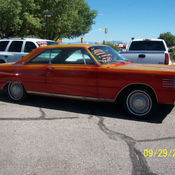 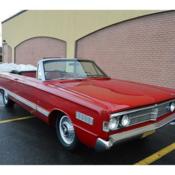 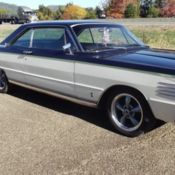 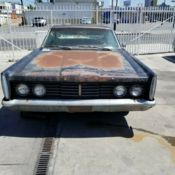