I have a very interesting 1965 Mercury Cyclone up for your consideration. I bought this car with the intention of giving it a full,rotisserie restoration. I have been a technician in the automotive collision industry for the last 37 years. I have come torealizethat I am not as young as I used to be plus, the years of beating myself up has made it clear that, it is not realistic for me to take this on so, I now am offering it to you.
This car has the 84 under theDSO...That decodes as"Home Office Reserve"which means that the car needed to be run throughcorporatein order to be produced. Promotional cars,specialevent cars (such as a car built to display at the Worlds Fair for example), race cars andcorporatemain event display cars.
I jumped on this car when I read the data plate. The DSOespeciallyintriguedme.It seems as though thecolor and trim combination is also rare. I have read many articles(Hemming's Muscle Machines, July 2005 is but one)on thesubjectof 1965 Cyclones. Many say that the 1965 did not get the "K" code engines but, the "A" code designation for both the 225 and 271 hp HiPo 289 engines.
Story goes that LeeIaccoca did not want Mercury to rain on Fords newly released Mustangparade and would not permit Mercury to offer the HiPo option in the Cyclone. Some feel that the 1964's had that claim to fame with the "K" code before the Mustang was released, some say the "K" code was just a run of the mill 289 4bbl in the 1964..as others believe the 1964 "K" was the 271 hp HiPo.... Now in 1965, your guess is as good as mine that there is so much grey area here that the debate will continue!This color combination is one of the nicest and rarest combinations out there! The paint is a code 84, Dark Turquoise Metallic with a Code 5,Palominointerior.
I was hoping to find a build sheet to prove of disprove any of this ...I did not. So again, I am stuck on the data tag!
The white car I bought as a donor body just because the surface rust on the green car is so severe that I am thinking that it would be so thin after media blasting. The trunk gutter is very bad on the green one as are the floors and front structure. It looks like it sat out side for a very long time which is a shame because there appears to be no rot in the typical spots in the doors or quarters. The trunk gutters on the white one will need a couple spots repaired but the doors are very clean as are the rockers.
The white car has a 1970 302 2bbl and the green car has a 1968 302 2bbl engine. I have not tried to turn over ether one. I also have all four standard Cyclonechrome reverse hub caps. 2 fronts and 2 rears. All 4 are driver quality
Desert Valley Auto Parts have a few 1964 and 1965 4 door comets that have good gutters topiecethem together unless you can fab them yourself.
The white car I bought out of Riverside California. It is very clean. The doors, door sills, frame rails, rockers,torqueboxes, trunk floor, trunk floorextensions, aprons, shock towers are very solid. Both quarters are solid with the exception of two, quarter to half dollar size holes in the left side where the trim attaches. The quarters on the green car are solid on the bottoms with major surface rust on the tops. However. the front floor pans and toe boards will need to be replaced on the white car but as far as floors go, these are easy in how they go in and come out.
The pans arereadilyavailable as they share the same stamping with the Falcon. Mac's carries them plus I think Jegs and Summit even do. Buy the more expensive ones, they always fit better, heavier gauge steel and save a lot ofaggravation!New aftermarket dash pads are also available that duplicate the originals... as are all interior soft trim, seat covers and chrome trim... these comet's share a lot of parts with the falcon I waspresentlysurprised how much is available!
I took the time to locate the date code correct HiPo Block, HiPo heads with original double springs and valves, two HiPo intakes, one is a Ford and the other is a Mercury (which is twice as hard to find) along with the correct HiPocarburetor, HiPo dual point distributor and HiPoalternator! I was / am planning on buying a correct, bolt in export brace as the HiPo cars had them...again, there is so many conflicting facts about the HiPo Cyclones, I am not 100% positive what did or did not come with these cars!.
I have the correct Cyclone, three spoke steering wheel which has been re chromed. I also have the complete, hard to find three gauge Rally Pack! I have the front buckets and rear seats as well.
This car really deserves to be restored! I know it has to be something special...can't get past the DSO on this car, its driving me nuts!! It will make someone a show stopper! I wish I could do it but like I said, I need to be realistic! Take a look at the pictures. Let me know if you have any more questions. I tried to keep the listing short just because the long listings usually drag on and on!E bayonly allows me to post 25 pictures. If you have anyspecificpictures you would like, let me know and I will send them to your e mail address.
Thank you,Chris 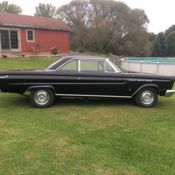 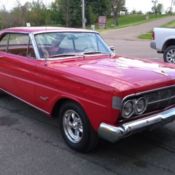 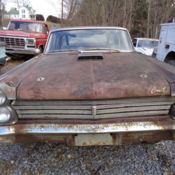 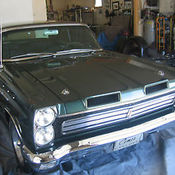 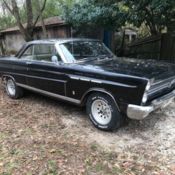 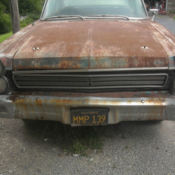 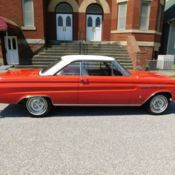 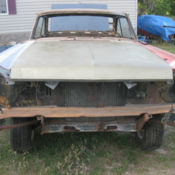 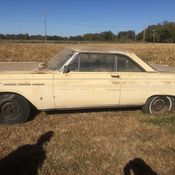 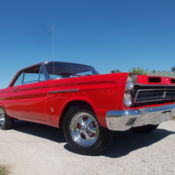