NO RESERVE. 1950 Mercury Monarch Suicide 4 Door, Original Flat Head V8 Hotrod. This is a Rare Canadian 1950 Mercury; comes with a clear Texas title and an original Canadian title. This car is one of many cars that is being sold from an estate collection. The son of the man who purchased the car told me that this car was one of many that his father purchased to restore. With over 40 cars in his collection, this car never got the restoration. When we got the car, we checked and changed fluids, did a carb repair, fuel flush and minor work to check if she would fire up and she did. We drove her under 10 MPH checking transmission and the basics, and she does run and shifts. This car has be in storage for21 years; so if you plan to make this car a driver, we would recommend an engine overhaul, a brake overhaul, tiresand a carburator overhaul for added reasurance. This car is being offered for sale for the first time in 21 years. The car had a reapaint sometime in the early 90s. One of the wide white wall tires were repalaced many years back do it not hold air. The tires that are currently on the car due hold air for a reasonable amount of time. We looked under the car, and in different areas and found no rust holes in the trunk or floor, you can see surface rust from age. Our experiance in building custom rods and taking a car completly apart; you always find something, however nothing major showing on the surface. Without knowing the history of the car pre-1995, we do not have any information other then a visual inspection and knowing she doesfires up, but no work was completed to make her road worthy. This is a cool and rare car, would make a great carfor acustom build. Please call Ron at 682-333-7433 with any questions.

VIN Number and Title: The Vin number is factory stamped on the upper frame rail on the passenger side as it should be, this number matches the VIN number on the title as it should. No Vin or title issues. 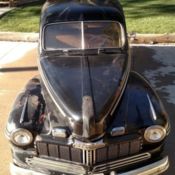 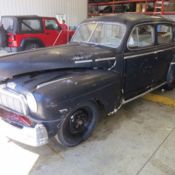 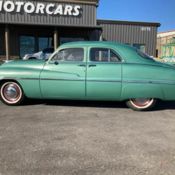 Mercury take a look at this nice 1950 mercury three on a tree v8,suicide doors 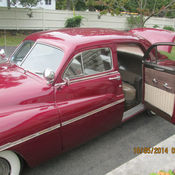 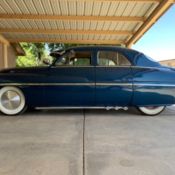 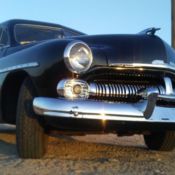 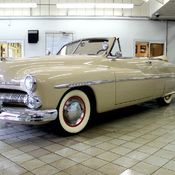 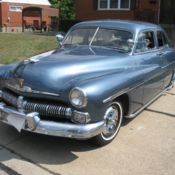 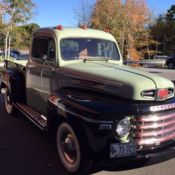 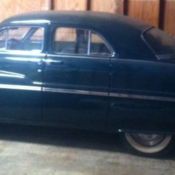