The W124's engineering and many of its features were advanced automotive technology for the time. In fact, the 124 design was initially brought to concept in 1977, signed off on in 1981 and would not enter production until 1984. But after all that time, they hit a home run. These cars were and are extremely durable, well built and dependable. There are still so many of these on the road today not just as family cars but now they are becoming a sought after classic with a cult like following, especially the wagons. This particular example is finished in the excellent color combination of Black over Tan and has had excellent care and ownership throughout its life. Yes, the car has been driven as it has near 250,000 miles. However, with proper care and service as this one has seen, these cars will last nearly forever. This car has not been used in inclement weather so there is no rust or rot to speak of. There was a fender bender back in 2004 with minor damage that was fixed properly. The biggest service was completed in 2010 with about 225,000 miles or 15,000 miles ago at Princeton M-B in NJ. Everything from a cylinder head being replaced to water pump, A/C, tires, brakes, EGR Valve, switches, coolant, fluids, belts etc... you name it and it was done. And since that time it has had routine service with paperwork. As I said before, these cars are rock solid and this car is no exception. The car fires right up, idyles, shifts and brakes as you would expect. 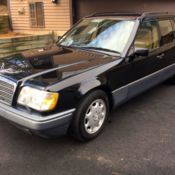 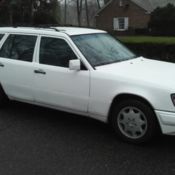 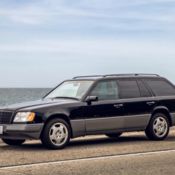 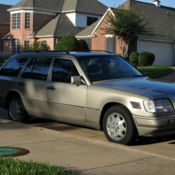 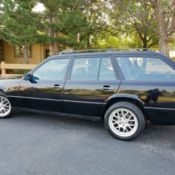 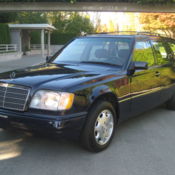 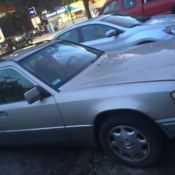 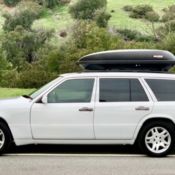 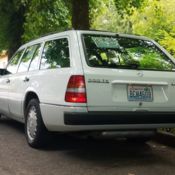 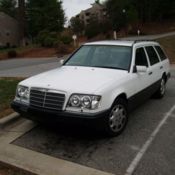