Up for auction is a euro 1979 Mercedes 450sel 6.9 project. This car was in long term storage in a warehouse for many years. I have recently replaced the fuel pump, fuel filter, various hoses, battery, cleaned the fuel distributor, and now the car runs, moves under it's own power in all gears, stops, and the suspension pumps up and holds pressure.-Drivetrain- This is the euro version of the 6.9 with the higher powered engine. It starts right up, no odd noises or excessive smoke. It does run rough and could use a tune up and thorough cleaning of the fuel system, however currently it runs well enough to move around and test systems. The transmission engages and shifts fine into forward and reverse. The exhaust will need to be replaced.-Suspension- The suspension pumps up and holds pressure, no excessive leaks and even when parked for several weeks still holds good pressure. The accumulators are old and will need to be replaced, but the rest of the hydraulic systems appears to work properly.-Interior- The interior is partially disassembled and in generally poor condition. The carpet and seats were removed to make rust repair easier. Most of the carpet is in the truck, but it would be best to replace the carpet and reupholster the seats. The front seats are sitting in the interior but not bolted down. The rear seat and frames have been misplaced and are not included. The trunk is full of parts, but I do not have a full inventory of what is accounted for vs missing. However, I do have a euro 1980 280se that has good seats frames and many other pieces and parts that could be used on the 6.9 (HVAC controls, radio, various switches, seat frames and hardware). I can put it up for auction separately or make other arrangements if the winning bidder desires.-Body- All glass is good. The body is very solid. The left front fender was damaged and replaced (paint does not match), the floors, rockers, lower fenders, and quarters have all been repaired where needed.
All in all this is a solid project and a great restoration candidate. 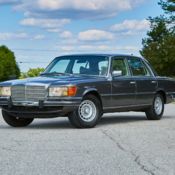 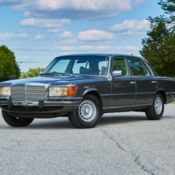 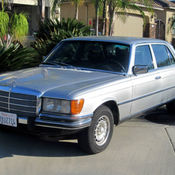 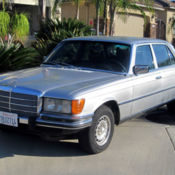 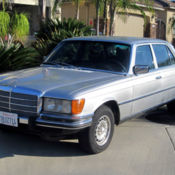 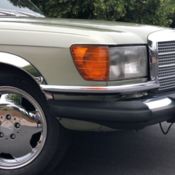 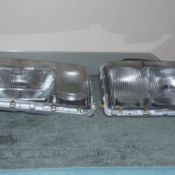 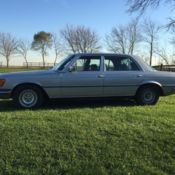 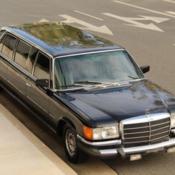 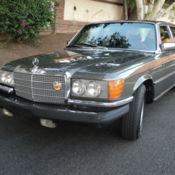