The R107 chassis was produced for nearly 20 years with a variety of engine configurations as well as a hard top version. Differentiating the two was the class of SL, which were the two-seat convertibles and the SLC which was a four passenger version, still with two-doors but a fixed roof. The SL's came with both hard and soft tops making them a very desirable year round automobile. The 280 SL that we are offering here today was an import... model as they never made these for US production when new. These are pretty rare here in the States and this one appears to be completely rust-free both body and underside. The car is also very well mechanically sorted with no known issues. The car starts right up with no smoke or leaky engine. Everything in the car works correctly with the exception of the Air Conditioning which according to the consignor worked a couple weeks ago. Could use a re-charge. The interior is in presentable shape with the seats showing most of the age. This car is also fitted with a very good looking ground effect package that is also in good shape. It does appear that the front nose piece has been repaired at some point. This car garnishes a lot of attention and the ownership has taken care of this car. It has quite a few service receipts that span a long time. The Soft-top and hard-top are in great shape, both going off and on with ease. The car comes with its original owners manuals, both sets of keys, all invoices and German tech books. This is a very attractive model with the body shaped steel bumpers. 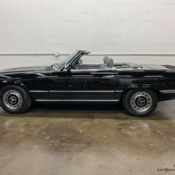 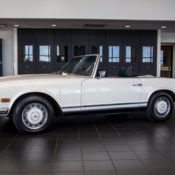 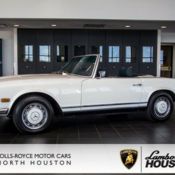 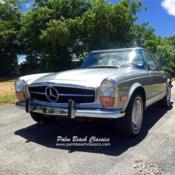 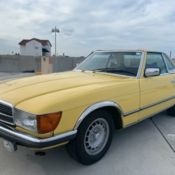 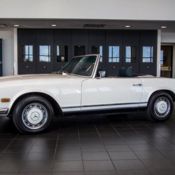 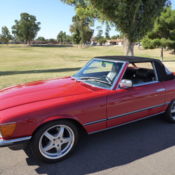 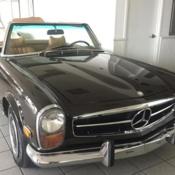 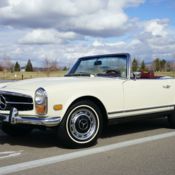 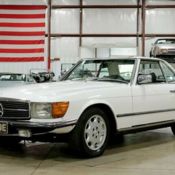