2nd Owner, bought in 1999, clean, no exterior dent and scratches, regularly maintained by VPI Supercars in Reno, NV Tel 775 499 5636 (Robert) who did exterior body paint in 2015, front seats covers and door panel covers replaced by KAR Upholstery, 775 657 6696 in 2015. Radio with CD player is now Alpine, new battery, new tires, with steering wheel cover and dashboard cover to hide some cracks. Also some cracks on the deck of the rear baby seat, some rusty spots underneath the hoods and small rusty spot near the gutter of the trunk cover. I can email pictures of the rusty spots and cracks if requested. Engine runs very good and even more quite at higher speed, never been involved in collision, original transmission and engine. With manuals in German. Robert with VPI added turn signal lights on the front side fenders and replaced the old rectangular head lights with brighter round headlights. He also replaced all rubber seals for both windows. A/C works good, Registration renewed and smog test passed last March. Call 510 367 1614 (between 8 am - 8 pm pacific time) if you have any questions. The real Vin # is shown below, ifI typethis inthe Vin # box it would not list cause it's a European model.
VIN #:WDB1070421A016505
(shown in one of the pictures) 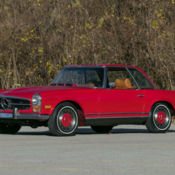 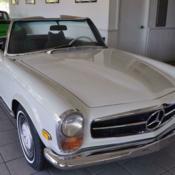 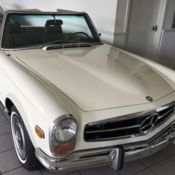 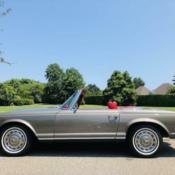 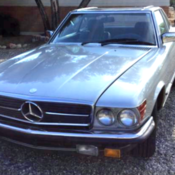 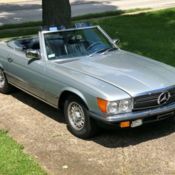 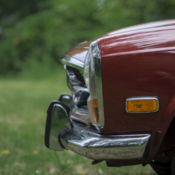 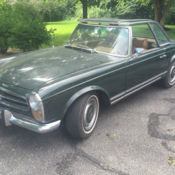 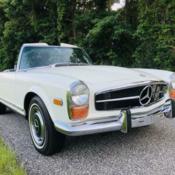 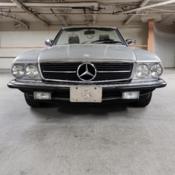