This Mercedes 190E 2.3-16 is from the private collection of Palm Beach Classics. It was painted in 2016 and kept as a driver. The car was recently serviced and there is no mechanical issues. It is a very strong driver with a solid engine and 5 speed manual transmission.

Brought from Europe this model is hard to find in the US. If you know your Cosworth, you will see right away that this is a true European model. Today the Coswoth is considered to be the next classic for Mercedes Benz. They are getting harder to find, in good condition.

We welcome inspections, also we can assist with shipping around the world.

In the late 1970s, Mercedes competed in rallying with the big V8-powered CoupÃ©s of the R107 Series, mainly the light-weight Mercedes 450 SLC 5.0. Mercedes wished to take the 190 E rallying, and asked British engineering company Cosworth to develop an engine with 320hp (239kW; 324PS) for the rally car. This project was known as project WAA by Cosworth.[13] During this time, the Audi Quattro with its all-wheel drive system and a turbocharged was launched, making the 2.3-16V appear outclassed. With a continued desire to compete in motorsports with the 190, and also now an engine to do it with, Mercedes turned to the Deutsche Tourenwagen Meisterschaft (DTM) (German Touring Car Championship) motor sport series instead. Cars racing in this championship, however, had to be based on a roadgoing model. Mercedes therefore had to put into series production a 190 fitted with a detuned version of the Cosworth engine. This high-performance model was known as the 190 E 2.3-16V, and debuted in September at the 1983 Frankfurt Motor Show, after its reputation had already been established. Three cars, only slightly cosmetically altered, had set three world records in August at the Nardo testing facility in Italy, recording a combined average speed of 154.06mph (247.94km/h) over the 50,000km endurance test, and establishing twelve international endurance records.

A 2.3 190-E competed as James May's car against a 1996 E36 BMW M3 and a 1989 Ford Sierra Sapphire RS Cosworth in series fifteen of Top Gear, where it ultimately won the segment mainly due to its low initial cost of Â£2,990 against Â£3,990 and Â£4,999 respectively. During the challenges May (and an ADAC engineer) repeatedly confused reverse and first gear for comedy effect due to the dog-leg gearbox

The Cosworth engine was based on the M102 four cylinder 2.3-litre 8-valve unit producing 136hp (101kW; 138PS), already fitted to the 190 and E-Class. Cosworth developed the cylinder head.[14] It was made from light alloy using Coscast's unique casting process and brought with it dual overhead camshafts and four valves per cylinder, meaning 16 valves total which were developed to be the "largest that could practically be fitted into the combustion chamber".[14]

The road-going version of the engine was reconfigured with reduced inlet and exhaust port sizes, different camshaft profiles, no dry sump configuration and Bosch K-jetronic replacing the specialised Kugelfischer fuel injection. These changes helped bring power down to the required 185bhp (138kW) specification, but still resulted in a "remarkably flexible engine, with a very flat torque curve and a wide power band".[14] The heads for the engines were cast at Cosworth's Coscast foundry in Worcester and sent to Germany to be fitted to the rest of the engine, parts of which were different from the standard 2.3-litre engine including light pressed alloy pistons, and rings designed to withstand higher engine speeds, whilst con-rods, bearings and bearing caps were found to be strong enough as standard and left unaltered.[14]

Due to their performance, the 16-valve cars were different from the other 190 models. The body kit on the 2.3-16 and 2.5-16 reduced the drag coefficient to 0.32, one of the lowest CD values on a four-door saloon of the time, whilst also reducing lift at speed. The steering ratio was quicker and the steering wheel smaller than that on other 190s, whilst the fuel tank was enlarged from 55 to 70 L. The Getrag 5-speed manual gearbox was unique to the 16-valve and featured a dog-leg change pattern, shifting down and left for first. The gearchange quality was, however, noted as "notchy, baulky",[15] criticisms which weren't levelled at the BMW M3 (E30) which shared the same gearbox. An oil cooler was fitted to ensure sufficient oil cooling for the inevitable track use many of these cars were destined for.

The strictly four-seater interior had Recaro sports seats with strong side bolsters for front and rear passengers. Three extra dials - an oil temperature gauge, stopwatch and voltmeter - were included in the centre console. The 190 E 2.3-16 was available in only two colours, Blue-Black metallic (Pearl Black in the US), and Smoke Silver. The 2.5-16 added Almandine Red and Astral Silver.

All 2.3-16-valve 190 models are fitted with a Limited Slip Differential (LSD) as standard. They were also available with Mercedes' ASD system which was standard equipment on the 2.5-16v. The ASD is an electronically controlled, hydraulically locking differential which activates automatically when required. The electronic control allows varied amounts of differential lock from the standard 15% right up to 100%. It is not a traction control system however, and can only maximize traction rather than prevent wheel spin. Activation of the ASD system is indicated by an illuminating amber triangle in the speedometer.

The suspension on 16-valve models is modified from the standard 190 (W201). As well as being lower and stiffer, it has quicker dampers, larger anti-roll bars, harder bushings and hydraulic Self-levelling suspension (SLS) on the rear. This allows the rear ride height to remain constant even when the car is fully loaded.

At the inauguration of the new, shorter NÃ¼rburgring in 1984, a race with identical cars was held, with former and current F1 drivers at the wheel. A then unknown Ayrton Senna took first place.

Private Teams such as AMG later entered the 2.3-16 in touring cars races, especially the DTM. In the late 1980s, the 2.5-16 (never released in the United States) raced many times, against the similar BMW M3 and even the turbocharged Ford Sierra RS Cosworth.

All shipping charges are buyer's responsibility.

Notice to Bidders: All of the vehicles we list on eBay are for sale locally. We reserve the right to end an auction early. All cars are immediately ready for delivery upon sale. Deposit: We require a $1,000 deposit within 48 hours of winning the auction. Please call to make arrangements for payment. Payment Types: Cash in person, Certified Funds, Institutional Financing All sales transactions must be completed within 7 calendar days of auction close.

Out of state buyers are not charged tax, title, or license but are responsible for the documentation fee. The customer is responsible for registering the vehicle in their home state. You will receive 30-day in-transit tags for Florida residents only. 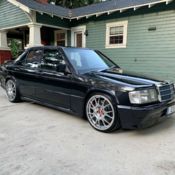 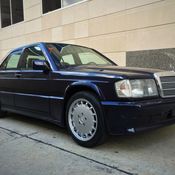 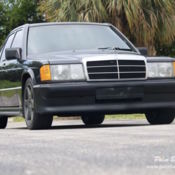 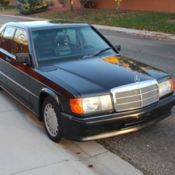 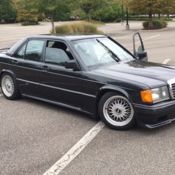 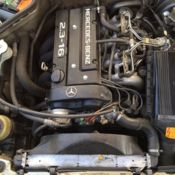 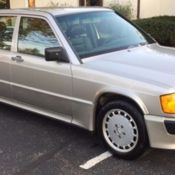 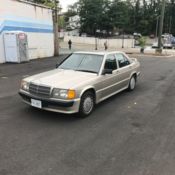 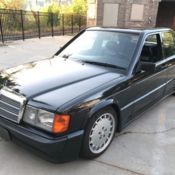 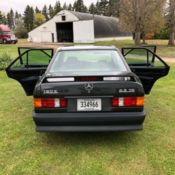