This car was imported from Germany by a U.S. serviceman in 1959 and has been registered or "non-opted" in California ever since until I acquired it two years ago when I registered it in my state of residence, Arizona. The original importer eventually sold it to movie maker who used it until his death in 1979 (I believe). His son registered it until around 1998 and parked it for a number of years until I acquired it. I went through the mechanicals including boiling out the radiator and fuel tank, rebuilding the transmission, carburators and brake system, new clutch, tires, hoses and belts. Cosmetically it is all original but was apparently re-painted and re-upholstered once back in the '70s at a standard commensurate with its then value--not high. At the time of importation, California imposed a few compliance rules on cars from other countries although it appears that this car only had its headlights converted to sealed beams. Everything else including the town and country horns appears to be as it was when delivered in Germany. It still has a Kilometer speedometer which works and shows a mere 77,000 KM a number well supported by documents going back in time to a Repair Invoice dated 5/25/76 and showing 64,110 KM.The father towed a camping trailer with the car and it has a trailer brake set up along with the hitch. Among other things there is a small diary kept by the father documenting several camping trips to Yosemite and other points of interest.While it is registered as a 1956, the data tag shows 1955 as the "Baujahr" which usually translates as the year of manufacture. The US government Vehicle Registration dated 24 August 1959 shows it as a 1956 and apparently that year has been repeated on all subsequent California registrations and on my Arizona title and registration. The factory build sheet is dated 2/4/55.The car is perfectly serviceable as is and gets much admiring attention where ever I drive it. These days original unrestored classics appear to be worth more than similar cars that have had ground up restorations. I think there are two reasons for this: 1. You never know what went into the so-called "ground up restoration" and 2. A car is original only once while it can be restored many times over. I find that original low mileage cars just seem to have a better feel than even the best restored examples. The new owner of this "time capsule" can have lots of fun with it and maybe even show it at Pebble Beach in their "Preservation" class. I have seen some cars in worse overall condition than this one on display there. It would surely be well-received at less important shows and, you can drive it to the show and not sweat bullets about a possible rock chip.This car is presently in Vista, California, which is in northern San Diego county. I can arrange shipping anywhere in the world (within reason) at buyer's expense. Or, you can buy it, come pick it up and have a nice tour before shipping or driving it home yourself. 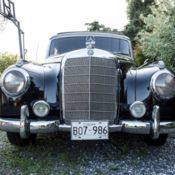 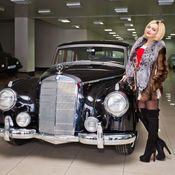 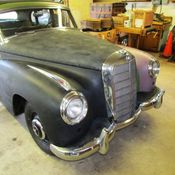 1954 Mercedes 300B Adenauer Sedan...The Choice of Presidents and Kings! 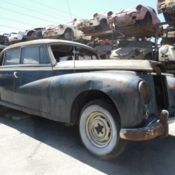 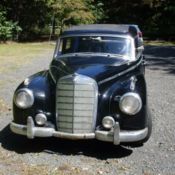 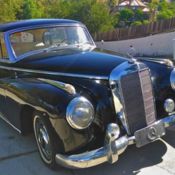 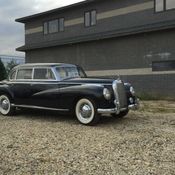 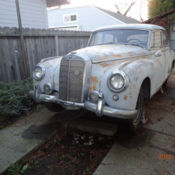 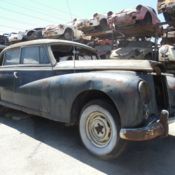