My Dad who was a retired diesel mechanic bought this car from an attorney back in October 1994 with 147,000 miles. We have a folder about 2 inches thick with every receipt of what was done since he bought it in 1994. Oil and filter was changed every 5,000 miles, Fuel filters were replaced regularly, Valves were adjusted regularly. The OM617 diesel engine is original and YES has 429,193 miles and counting. The odometer is working and correct! The transmission was replaced by the previous owner in August of 1992 at approx. 120,000 miles. In June of 1995 we had the transmission rebuilt with about 157,000 miles. In May of 2007 at about 329,000 miles we had the car repainted with the Supreme paint and bodyworkpackage at MAACO of Reading PA. In May 2011 the entire exhaust system was replaced at 404,000 miles. There is so much that we had done over the years and it's documented in my file of receipts.This is a great car and has served us well. Unfortunately, we don't have the time to give this car the love and attention it deserves.

The issues with this car are:

The original Becker car stereo doesn't work and has been disconnected.

The driver's door power window motor doesn't work. (The motor isn't available and can't be found new or used. If the Mercedes dealer had it in stock it would cost $850.00 new). The other power windows are slow to open.

The little lever that adjusts the front power seat backrest on the door is broken off (It still can be adjusted with a small screwdriver).

The vacuum system that opens and locks the doors is slow to work (probably needs new vacuum pump).

The antenna doesn't go all the way down.

The chrome trim piece is missing on the right front quarter panel.

The left front rail frame had rust that was repaired for state inspection and there is rust on the rocker panel, right rear wheel fender, left rear door (see photos). It's ok now but as they say rust never sleeps.

Since this is a 34 year old car it is being "Sold as is". I also am open to reasonable offers.

I believe I have described and disclosed everything. Any questions please ask before bidding. Thanks for looking! 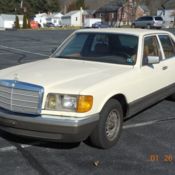 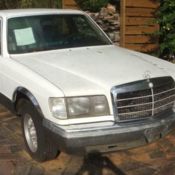 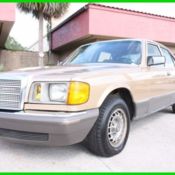 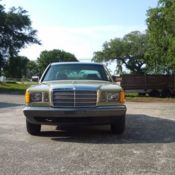 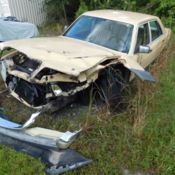 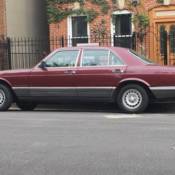 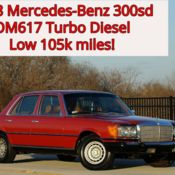 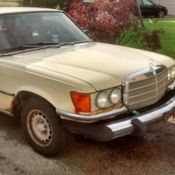 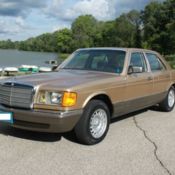 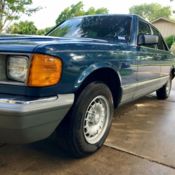