With a 0-60 (0-62 actually) within 6.0 seconds, and a top speed of 155mph, (which I don’t suggest you try, because well, speed laws) you will have people turning heads on the highway. This limited edition 500E was the final production of the 500E range and also included uprated wheels and interior modifications.

The interior is all standard, (including the Sportsline Recaro leather seats) and in fantastic condition with no tears or noticeable wear. All gauges and accessories including power seats, windows and sunroof are in working order. Original Mercedes three-pointed star floor mats are included and in great shape. The interior also includes a real wood console between the back seats.

Paint is considered like new, and very few blemishes are seen, with no chips or major scratches. Carfax is completely clean, and the car is estimated to have only had 2 owners.

Odometer reads 173,586 and are all original miles.

The front apron is wider and includes front fog lights, when coupled with the 500E (which are slightly different to the standard W124) headlights, enhances visibility greatly. The lower, stiffer suspension which is standard for the 500E offers a stable feel while whipping it around the corners.

This gorgeous piece of rare history will be a nice addition to any collection or even serve as a daily car. 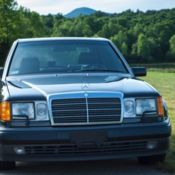 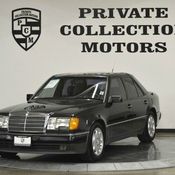 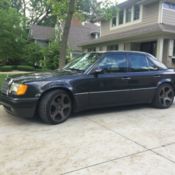 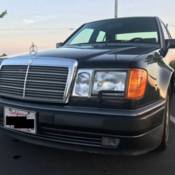 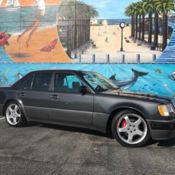 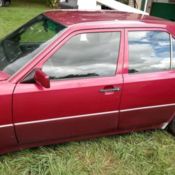 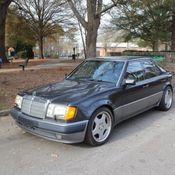 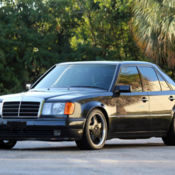 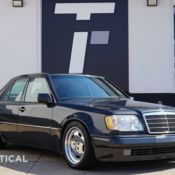 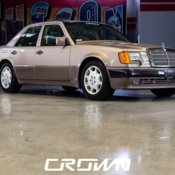