This beautiful first year Miata was bought new in August 1990 at Steinbring Chevrolet Mazda in Alexandria, MN. It was always kept in a climate controlled garage, covered with a soft cover, and only driven between May and October in sunny weather as long as we lived in Minnesota. We typically would go for a drive on a summer evening. We never ever parked this caranywhere and walked away from it. Four years ago we moved to Hot Springs, AR. Since we've lived here the car has been kept in a climate controlled garage, under a soft cover.
In recent years, every time I see a low mileage older Miata for sale, they've always had some damage or modification.Very simply put, I believe this is the best original 1990 MX5 you'll ever see. It has less than 13,000original, one-ownermiles. Nothing has been modified except to remove the original daisy wheels and replace them with body color steel wheels with trim rings, which we did soon after the car left the showroom.(we still have the original daisies with the original, almost zero-mile tires which will go with the car). When was the last time you saw a like new first year Miata with the original, like new daisy mags with the original, like new tiresin addition to the ones currently on the car?I even saved the original battery when it eventually went bad. This beautiful car has never been in an accident, everything works. It still smells new inside. The red wheels currently on the car have new tires. Mold marks can still be seen on the face of the tread. We have never had the top down without first unzipping the back window and placing it between two pieces of blanket material to minimize scratching. The original top and back window are in beautiful condition. This car has never even been in the rain, much less snow. Whenever it's not being driven it is under a soft cover in a climate controlled building.

We have all the original brochures and paperwork for this car from its purchase new to current. We have the 1990 new car brochure and accessory brochures. This is a museum quality car with real potential for appreciation in value. So many of these great cars have been modified over the years it's rare to find one of the early ones that has not been.

The original purchaser was 40 years old when this car was bought new, so it has never been driven by a kid or been abused in any way. Door sills have never had shoes dragged across them. Cover has never been removed from spare tire. Tool pouch is still inside the spare wheel. Jack has never been removed from the brackets. No cracks or breaks in plastic parts on this car. Original radiator is still black, not brown. The front license plate bracket is still in the plastic bag it came in. This car was never parked anywhere and left, so the bumpers have never been dinged. Please look at all the photos and let me know if you need to see anything specific. I have more photos available!

$16,000 cash buys this beautiful first year Miata. I would strongly recommend coming to Hot Springs to see this car in person. I'm asking about what was paid for this car in 1990 dollars. It is priced substantially higher than most NA Miatas, but it's just like buying a brand new one 28 years later. If you want a cheap Miata please don't call on this one - there are plenty of them on Craigslist and ebay.

A nonrefundable payment of $500 is due via paypal within an hour of buying this car. The balance of $15,500 is due within seven days, payable in cash or U.S. Postal money orders, which clear immediately. If payment is sent by bank check, certified check, or cashier's check, there will be a one week delay for clearance.

Please note: I have this car advertised for sale locally. If it sells here in Hot Springs I reserve the right to remove this listing.

If you wish to come inspect the car, I'd be happy to pick you up at the Little Rock airport. Phone me at 320-533-ZERO745 any time between 8AM and 8PM for an appointment to see it. Please, NO TEXTS. 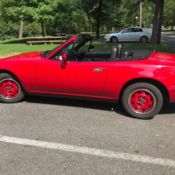 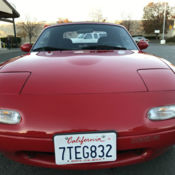 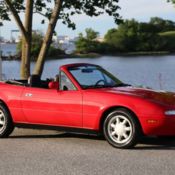 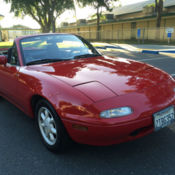 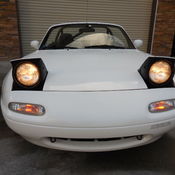 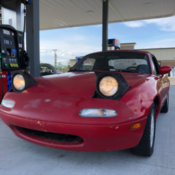 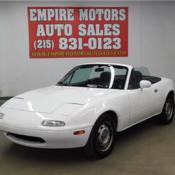 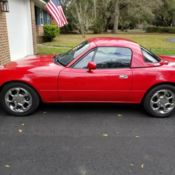 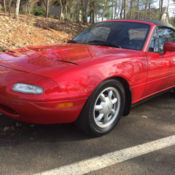 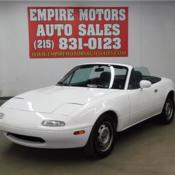