1980 MASERATI MERAK SS: --Black with Saddle Tan leather interior, Beige carpeting, 3.0 Liter V6 engine, 5-Speed manual transmission, Air conditioning, Well serviced, Long-term collector ownership. Designed by legendary icon Giorgetto Giugiaro at Italdesign, the Merak debuted at the Paris Auto show in 1972 with a striking body similar to the Maserati Bora released the year before. This was the new design language for Maserati and continued throughout the 1970s. The Merakâ€™s main competitors were other Italian mid-engine offerings like the Lamborghini Uracco and the Ferrari Dino 308 GT4. The Merakâ€™s design allowed for its compact V6 engine to be mounted longitudinally behind the cabin rather than its competitorâ€™s transverse engines. The lightened and more powerful Merak SS debuted at the Geneva Motor show in 1975. The SS weighed about 110 pounds less and gained 30 more horsepower now producing 220hp. The V6 utilizes a triple Weber DCNF 44 carburetor setup. The main notable styling change for the SS was the black grille between the pop-up headlights. Less than 1,000 Merak SSâ€™ were produced from 1976 to 1983 with only 312 produced in USA specifications. This Merak SS has been in long-term collector ownership and has been well maintained and serviced regardless of use. A professional repaint was carried out in 2010 and presents excellent today. An icon of Maseratiâ€™s history, this Merak is a solid example that runs strong and tight. Presented in an elegant color combination, it is a superb vintage sports car ready for immediate use and enjoyment. It is extremely hard to find a Merak SS in this condition. The Merak is accompanied with service records, ownerâ€™s manual, tool kit and original spare. 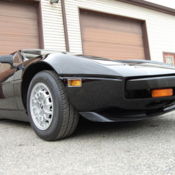 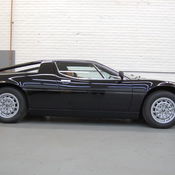 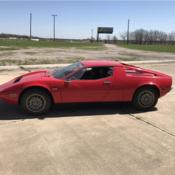 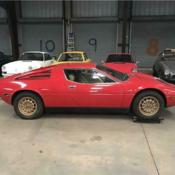 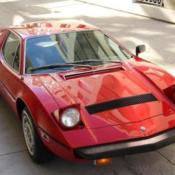 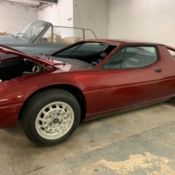 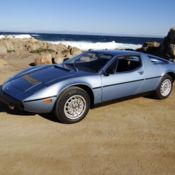 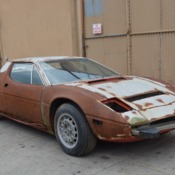 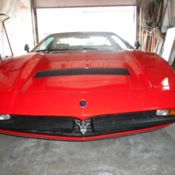 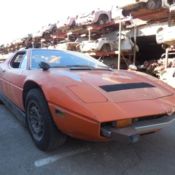