The tiniest Ford GT40? The Europa concept is believed to have originated during 1963 under the direction of Lotus founder Colin Chapman. Drawings had been done by Ron Hickman, then director of Lotus Engineering, for Lotus' bid for the Ford GT40 racing car project. When that contract was lost to Lola Cars, Chapman chose to use Hickman's highly efficient aerodynamic design, which had a drag coefficient of only 0.29, as the basis for a new mid-engined production model originally intended to succee...d the Lotus 7. By the mid-1960s, the mid-engine vehicle configuration was well-established as the optimal design for Grand Prix cars, however almost no road vehicles yet used this arrangement. Lotus planned the Europa to be a volume-produced, two-seater mid-engined sports coupe built to reasonable cost, quite an ambitious goal for the time. Like all Lotus vehicles of the era, the Europa was designed and built following Chapman's oft-stated philosophy of automotive design: "Simplify, then add lightness". To this end, a number of ingenious design approaches were made by Lotus to allow it to economically overcome the many challenges presented by the novel mid-engined arrangement. The Series 1 Europa measured 42 inches in height and weighed 1350 pounds. Structural strength came from a lightweight fiberglass body, molded as a single unit to which the doors, hood, and rear hatch were attached. The hatch was large and provided good access to the engine. The fiberglass body was resin-bonded to the steel-backbone chassis, which made the car light and stiff. The third-series Europa (1971-1975) featured a redesigned body shell helping improve rearward visibility. The Renault engine was replaced by the more powerful 1558cc Lotus-Ford twin-cam motor, producing 126 horsepower. The Big Valve version was aspirated by a Dell'Orto carburettors version of the same engine. It weighed only 740 kg (1631 lb). Motor magazine famously tested it to a top speed of 123 mph (198 km/h), 0Ã¢â‚¬"60 mph in 6.6 seconds, and the 1/4 mile in 14.9 seconds. This at a time when all road tests were carried out with both a driver and passenger. With only a driver on board the 0Ã¢â‚¬"60 mph time would have been well under 6 seconds, a phenomenal performance for the period. This Lotus Europa: One of 3,130 Big Valve Twin Cam cars Meticulous Professional Restoration Built to be a race-motif driver and show car Never raced Twin Cam 1558cc Big Valve 126hp with you 4 Speed Transmission Fully Sorted and Dialed in Fantastic Car for all Driving Events and Concours Showing Shown at La Jolla Concours and Rodeo Drive Concours 2018 Many upgraded Features for Safety and Reliability Seats modified and lowered to accommodate more cabin room Pedals Shorted and Flared out to Accommodate more foot room Custom and hidden roll bar for stability Upgraded wheels for more road control Custom fire extinguisher system Custom Road lights and Headlight covers 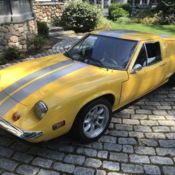 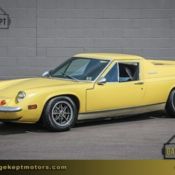 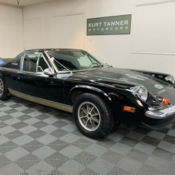 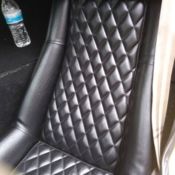 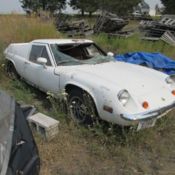 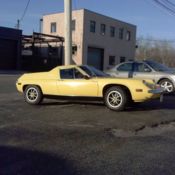 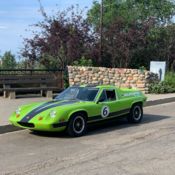 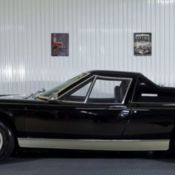 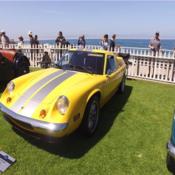 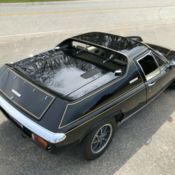