This Lincoln is a strong, solid, reliable, presentabledriver. The car is not quite as nice asit appears in the pictures but it is close.It is completely stock with theexception of an electric fuel pump and the heavy duty battery and shut offswitches in the trunk. Even with theswitch left in the “on” position it can sit for weeks and starts immediately.When you leave for the season shut the switch of and the car will restart whenyou return. There is a small oil leak(guessing rear main? ) that will require an oil diaper in thegarage, however it can be parked on fancy driveways for regular use and willnot leave a trace. The motor (anddrivetrain) is strong and uses no oil or any fluids other than gasoline andexhibits no blow by. It looks and acts like it has had a quality rebuild but Ihave no documentation. The car stays cool in traffic, starts reliably hot orcold and can be driven for long distances at modern highway speeds. Many itemsappear new or remanufactured (steering box, radiator, exhaust, shocks, tires,fuel tank, brake lines, etc etc) I don’t have any documentation of the workthat has been performed on the car but the car appears to have been restored orimpeccably maintained by a very capable and committed enthusiast. On close examination some of paintworkexhibits some excessive orange peel in a couple areas and there is evidence ofold repair on the bottom of rear quarters. No paintwork is recent and there isno evidence of any rust beyond the surface rust seen in the photos on theundercarriage. Some of the pieces of chrome show evidence of lightdoor dings and light corrosion. I amguessing the front seat fabric has been replaced with correct original, and itis possible that much of the interior is original. All lights, signals and gauges work well, Ihave not gotten the radio or wipers to work, but it is possible that is usererror. I doubt this car has been driven in the rain in decades. All windowsoperate and the keys work correctly in all locks

Again - the car is cosmetically not quite as good as thephotos show it to be- but its ..pretty nice.This is not a perfect show car, but this unusual, powerful, good lookingLincoln should give the new owner long enjoyable cruising days and with nosurprises and dozens of thumbs ups and smiles. Yes, If you want to be verypicky you could go thru it and make it perfect, but in my experience that willmake the car less enjoyable. It needsnothing right now just the way it is –and it is a relatively inexpensive way tomake a big splash at any local show. 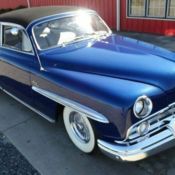 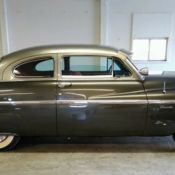 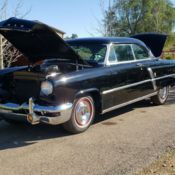 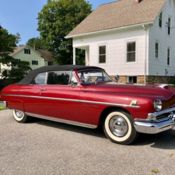 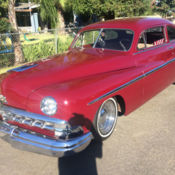 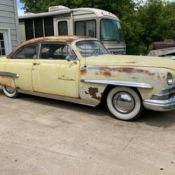 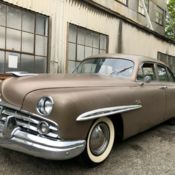 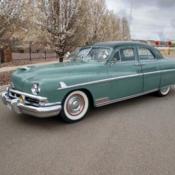 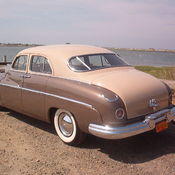 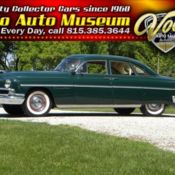