The top end vehicle in Lincoln’s two-model lineup in the late 1950s, MotoeXotica Classic Cars is please to present this 1957 Lincoln Premiere two-door hardtop. This particular unit was made on January 5, 1957 (code A5) in Ford’s Wayne, Michigan (VIN code WA) factory. It is a very distinctive Lincoln and they are sure to see you coming and going!

Finished in Presidential Black over Huntsman Red (code 81), the car’s paint and trim are in overall great condition with scattered, minor blemishes visible at close range. The car’s windows are clear and intact but the windshield wipers are inoperable yet the lights are haze-free and similarly intact. The car’s bodywork is straight and solid while its engine bay is in satisfactory order, as is the battery and the bumpers, where there are visible blemishes on the rear bumper of the Continental kit. The car’s trunk is in satisfactory original condition. This big Lincoln rolls on wide whitewall tires, each surrounding a steel wheel topped with a full moon wheel cover. The wide whitewall tires are in satisfactory order while the wheel covers are in brilliant shape.

Under the hood is Lincoln’s 368 CID Y-block V-8 with four-barrel carburetor, golden valve covers, a golden air cleaner housing and even a golden power brake vacuum booster. Buttoned to this engine is a Turbo-Drive three-speed automatic transmission. Driver convenience features include power steering, power brakes with discs in front, power windows and a four-way power front seat. The power antenna and parking brake, however, are inoperable.

Inside, the car’s red and black cloth interior (code 727) is in overall satisfactory order. The front and rear bench seats (rear has a fold-down center armrest) are in great shape overall, however there are minor blemishes visible. The car’s red carpet is in decent order while the headliner is in very good order. The factory four-spoke steering wheel has signs of wear from years of enjoying the car. The instrument panel is in satisfactory shape while the inner door panels are in very good order. The shifter is in good shape and rounding out the interior is a factory AM radio.

The Premiere was introduced in 1956 as an upscale version of the Lincoln Capri. It featured a 368 CID Lincoln Y-Block V-8 and it was approximately 223 inches long in 1956. The top-end Lincoln, it was substantially different from the much more expensive Continental Mark II sold by Ford’s Continental Motorcars division.

The Premiere’s appearance reflected the Capri’s derivation from the radically different concept cars, the Mercury XM-800 and the Lincoln Futura. It was known for a stylish exterior, high-grade interior and some unique features, such as optional factory air-conditioning being run through overhead ducts much like those in an aircraft. The cool air was directed to the roof via a pair of clear plastic ducts visible through the rear window at each side, connecting upward from the rear package tray. Four-way power seats were standard. Front suspension was independent with a stabilizer bar.

For buyers who seek a Lincoln other than a Continental Mark II, or for FoMoCo or luxury car fans in general, this Premiere is worth taking a look at, and soon, before someone else drives or hauls it home. Stop by MotoeXotica Classic Cars today!

PLEASE CLICK HERE TO VIEW OUR YOU TUBE VIDEO!

OR COPY AND PASTE THE LINK BELOW INTO YOU WEB BROWSER

This car is currently located at our facility in St. Louis, Missouri. Current mileage on the odometer shows 13,265 miles. It is sold as is, where is, on a clean and clear, mileage exempt title. GET OUT AND DRIVE!!! 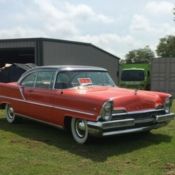 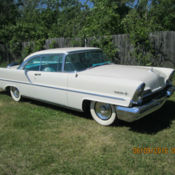 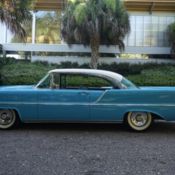 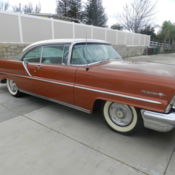 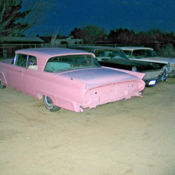 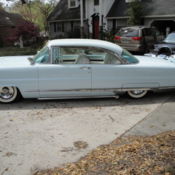 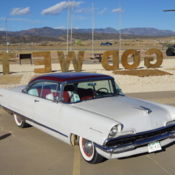 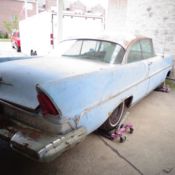 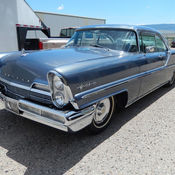 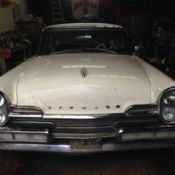