This gorgeous Mark IV has just 57,600 original miles on it. Finished in breathtaking 'Dark Jade metallic' with Dark Jade Normandie Grain Landau Roof and SUPER RARE Jade 'Versailles' interior. The Versailles option was the single most expensive option that could be ordered on a 1976 Lincoln Mark. Leather interior was a $235.00 option for a '76 Mark, the Versailles interior was a whopping $1030.00, more than 4 times the price of leather!

The Mark IV was already the most opulent and luxurious personal luxury car in 1976, this interior package took it up another notch (and '76 was the only year it was offered on Mark IV). The Versailles interior option included special upholstery in a unique floating pillow style; seats (even seat backs!), headlining, door panels (with unique wood caps), and all interior components finished in crushed 'Majestic' cloth; illuminated visor vanity mirrors and color keyed luggage compartment carpeting. Even the designer editions Marks had vinyl headlining, not the cars with the Versailles package. A side note: The Versailles automobile was introduced the following year in 1977, so this package was renamed the "Majestic" option for the '77 Mark V. It was discontinued after that.

The attached Marti report shows what a rare car this is. There were 56,110 Mark IVs built in 1976. Of those there were 2,150 cars produced in 'Dark Jade metallic'. Of the 2,150 Dark Jade cars only *217* were built with the expensive Versailles interior option. How many of those 217 cars were ordered with the second most expensive option of a power glass moonroof ($885.00)? Maybe 40? 50? Consider all the other unique options on this car and it is likely one of one.

Speaking of options, this car was ordered heavily loaded and I will explain why later....

Factory options on this car include:

There is a reason this car was so heavily loaded with options and the Marti report backs up what I was told by the original owner's daughter when I purchased it from her. Her Dad, Scott Holmes, bought this car at Evered Lincoln Mercury in Bellevue, WA on May 14, 1977. The car had 23,176 miles on it. He was told that that the car had been special ordered for a Ford Motor Co. Vice President who was the head of the West Coast Lincoln Mercury division and based in Seattle. Sure enough, if you review the Marti report it shows the car was ordered for the Lincoln-Mercury Seattle district (DSO 4006). The Marti report shows the car was 'sold' (titled to the Seattle L-M DSO) on January 31, 1976.

Mr. Holmes' daughter told me that this was her father's dream car. He saw it and fell in love. It was a lot of money for a Boeing worker in those days, so he got a second job to pay off the Lincoln. It was his absolute pride and joy and never spent a night outside of the garage. Sadly, Mr. Holmes was killed in an industrial accident at Boeing in 1986. The car had under 52,000 miles at that time; he had driven it less than 30,000 miles in the nine years he owned it (it would travel just 5,000 additional miles over the next 31 years). Not surprisingly his wife and daughter could not bring themselves to sell his treasured Mark. The car was kept in the garage, under cover, and driven sparingly. I have a receipt in Mrs. Holmes' name dated April of 1989 for a complete new exhaust system showing the car had just 53,000 miles at that time. The car passed between mother and daughter over the next several years. It finally ended up permanently stored in the daughter's garage, with the last service receipt showing the mileage at 57,175 in July of 1993. The car was started regularly and driven around the block after that.

Fast forward to early 2017. The daughter decided it was finally time to sell the car, it deserved to be enjoyed again. I bought the car from her with just 57,250 miles on it....it had traveled 75 miles in 14 years. While it was an amazing time capsule I realized it was going to need some attention to be road worthy again.

I have done the following in the last 300 miles:

It runs and drives fantastic now and can be driven confidently. The acceleration of the 460 V8 with dual exhausts is sooo smooth. The transmission shifts beautifully. The four-wheel disc brakes with Sure Track (anti-lock) stop this heavy car nicely. The ride on these cars is sublime; I own a 10,000 original mile '79 Mark V Collectors Series and I can say this '76 has a better ride and the Versailles seats are ridiculously comfortable.

Nearly everything works on this car...including some things that rarely do on most. The power antenna, Auto ON/OFF & Auto dimming headlights, Power windows & vents/Seats/door locks/trunk release, power moonroof, rear defroster, and cruise control all work! The AM//FM Quad 8 track sounds great - all speakers work!, even the under hood and trunk lights work. The headlight doors remain tightly shut ten days after it was last started (I wish I could say the same for my '79 Mark). The visor vanity lights and rear reading lamps work. The Cartier clock works...when it feels like it...it is moody. The only thing not working at this time that I am aware of is the Air Conditioning...the belt is still there and turns; it blows for the windshield defroster but I have not gotten into diagnose any further.

The amazing interior is as I found it. I have vacuumed it. Absolutely gorgeous...evidence of it being garage kept it's entire life, there is no sun fade anywhere including the top of the rear seat. Check out the original shag carpet...in amazing shape for a 41 year old car. The original matching floor mats are in the trunk. There is discoloration on the trunk floor carpet (see photos). Check out the steering wheel...it's flawless including the 'wood' horn center that usually is broken on cars with half the miles. Both of the visor vanity mirror doors have broken hinges and will need repair.

The exterior. Well, I can tell you that this paint color is AMAZING in person. In the bright sun it lightens and the metallic has great fire to it. It stops people in their tracks. I have a number of pristine low mile luxury cars in my collection and none of them get the attention this car gets. The green just POPS. I have had the aluminum wheels professionally polished and, coupled with the new whitewalls, it is a show stopper. The Normandie grain landau roof is original and as new. The landau roof option included the snazzy wide chrome molding the wraps over the roof along the top of the door. The glass is all original including the Carlite windshield! The painted white pin stripes are original and NICE. The paint is mostly original with some professional touch up here and there. The bodyside moldings have a couple of small dimples. The rear bumper is dented, hard to tell but if you look at area above rear license plate you can see a slight indentation. The headlight doors were loaded with rock chips when I bought her so I had my paint guy professionally color match and refinish the headlight doors, surround, and hood sides. It looks great. Rust? NONE ...no corrosion. No rust anywhere to be seen on the exterior. Please check out the photos of the undercarriage. Some dealers on eBay spray paint the underside of the cars to present them as nicer than they are. I have not touched the underside of this car...check out the original gas tank and tank straps.

I should mention that this car has never left the greater Seattle area. Classic cars from the Pacific Northwest are some of the best you can find anywhere in the USA. We do not get snow here, hence there is no road salt. Additionally, our mild year-round climate keeps rubber, plastic, vinyl, fabrics, leather, etc. in beautiful condition. Not baked brittle and faded like cars from CA and AZ.

Why am I selling? Parting with this one pains me. It is a very rare find and just simply a gorgeous car. However, I have nine cars right now. In a city like Seattle that is insanity. I have received notice that I will be losing one of the garages that I lease for storage. As a result, I need to let go of a couple of cars. I am open to reasonable offers. That said, this car is incredible and I am not looking to give it away at a ridiculous price. I can find additional storage if it comes down to that.

I paid for the Elite Marti Report; a framed presentationthat includes a window sticker reproduction, etc.. However, Marti is months behind on these. Once it is ready I will have it shippedto the new owner.

I've included over 80 high resolution photos. You can click on them to enlarge and save to your computer if you wish to view even larger with more detail.

The car is beautiful but it is also 41+ years old, so obviously it is sold as is, with no warranty expressed or implied. I have tried to describe the car in the best detail possible, but I may have missed something important to you. Please feel free to ask any questions you may have BEFORE bidding. In person inspections are welcome.

A $500 NON-REFUNDABLE deposit is due within 24 hours of the end of the auction. The balance is due within 7 days of the end of the auction. Wire transfer for the balance is preferred. Cashiers or personal check is okay, but verification of clearance will delay the release of the car. I am happy to work with your shipper once the car is paid for and I can provide indoor storage for the car up to 30 days after the end of the auction. *I reserve the right to cancel all bids and end the auction early for local sale.* I am happy to work with International buyers. Please keep in mind car will need to be paid in full and clearance of payment will need to be verified prior to the car being released for transport.

I have had the same eBay id for OVER *NINETEEN* YEARS; my feedback speaks for itself. Additionally, you will note the check symbol next to my id. My identity information has been checked and verified through eBay's third-party screening system. I have sold a number of cars over the years and every buyer has been very happy with their purchase. You can buy with confidence. 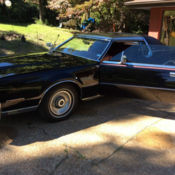 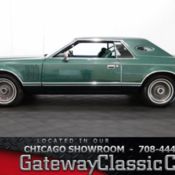 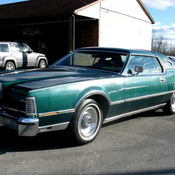 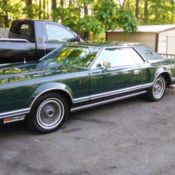 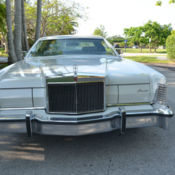 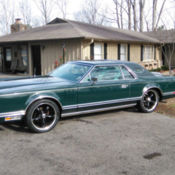 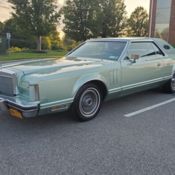 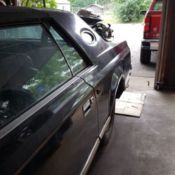 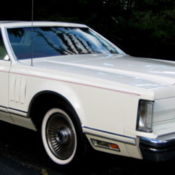 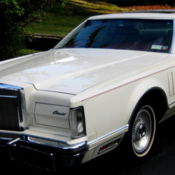