This striking 1979 Continental Mark V Collector's Series is the epitome of Lincoln Continental luxury. Amazing from every angle, this fine example has always been garaged kept and maintained with exceptional care. I purchased this car from the original owner in December 2009. The original owner purchased the car new in October 1978 from Raines Lincoln-Mercury on Stonewall Street in Charleston, West Virginia. She was driving by in her Cadillac and saw the car being removed from the truck and would not even let them remove the window sticker or plastic covers over the back seats - I removed the plastic covers in 2010 but the window sticker is still in place.
This car was produced at the Lincoln's Wixom, Michigan, assembly plant on September 26, 1978, but the invoice and shipping papers were prepared the day before on September 25. The car came with all available options for 1979 Mark V Collector's Series except for the Sure Track Anti-Lock Brake System and Firestone or Goodyear Dual Band Whitewall Radial Tires but it is equipped with the Traction-Lok Rear Axle option, which was not available with the Anti-Lock brakes. In the trunk, a full sized spare was ordered rather than the Space Saver Tire. The car was garaged from October 1978 until December 2009 with the original owner in St. Albans, West Virginia. It was then shipped to Palm Springs, California, where it arrived on December 26, 2010, and finally in August 2011 it was shipped to Dallas, Texas, where it remains today.
The car drives and operates as new and all of the power options operate as they should. The car originally came with Michelin LR78-15 Radial Tires with SINGLE BAND whitewall tires unlike the optional Dual Band Tires as seen in the photos. Please note that the Dual Band tires have been removed and the car is now outfitted with Firestone P235/75/R15 SINGLE BAND whitewall radial tires, which were installed new. THE DUAL BAND TIRES ARE NOT INCLUDED. The car has never been in an accident and has never had any paint work, interior restoration or other work that might change its originality. Other than ignition parts but not including the ignition wires all items under the hood are original and have not been changed or disturbed. The engine and trunk compartments are as new and exceptionally clean and well maintained. The undercarriage of the car does not have rust but was undercoated at the dealer in October 1978.
This automobile is the perfect car for an investment with its low mileage and rare originality. As an added bonus, this car placed first in its category and won the Ford Motor Company Trophy at the 2010 Lincoln and Continental Owner's Club Western National Meet at Ventura, California. The car scored a near perfect 99.97 percent rating.
Shipping is the responsibility of the buyer and there is no warranty implied or otherwise with this car. 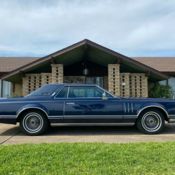 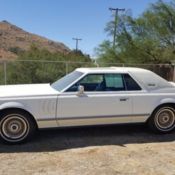 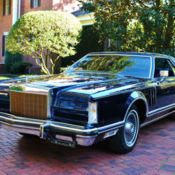 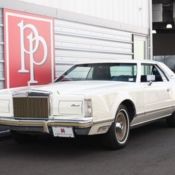 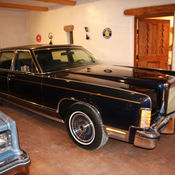 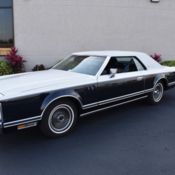 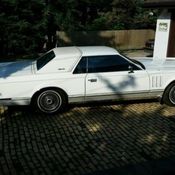 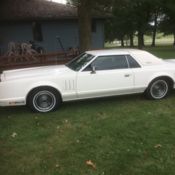 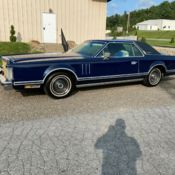 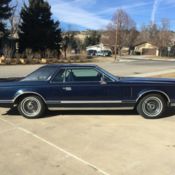