The Lincoln Continental Mark V is a personal luxury coupe that was sold by Lincoln from 1977 to 1979.

For the 1977 model year, after a five year production run, the Continental Mark IV was replaced by the updated Continental Mark V. Lincoln chose to re-use the same chassis and underpinnings as the Mark IV.

In a sign of the changes to come in the automobile industry, the Mark V made steps towards improving the fuel economy of luxury cars. While physically larger than its Mark IV predecessor, careful weight reduction measures trimmed 400 pounds from its curb weight. To further improve fuel economy, the 460 V8 was no longer standard equipment; the standard engine was the400 Clevelandshared with the Ford Thunderbird and the full-size Ford and Mercury car lines.

For 1978, a larger radiator was added, the 400 engine was detuned for better fuel economy and a full imitation convertible “carriage roof” top and an LED “Miles to Empty” gauge became options. This gauge represented a first for an American automobile manufacturer, as it was the first dashboard LED display of an automobile's mechanical function.

Standard on all Mark Vs are four-wheel disc brakes, a Cartier in-dash clock, a padded vinyl roof and full power accessories including automatic climate control. The Bill Blass edition was a cosmetic upgrade, with a custom set of exterior and interior colors and trim. In 1978 it was produced in Midnight Cordovan with a Cordovan interior. 3,975 Bill Blass editions were produced in 1978.

This Mark V has been in the same family since it was new and is accompanied by its original window sticker. This top of the line Lincoln was listed for $15,673 when new. It is beautiful in every way and has only 16,786 original miles. You won’t find a finer example of the Mark V. 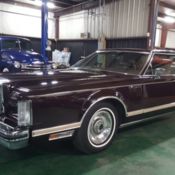 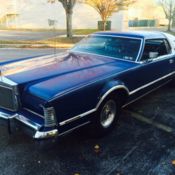 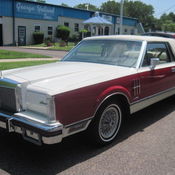 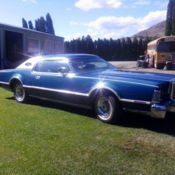 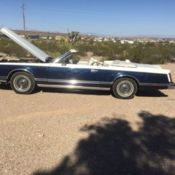 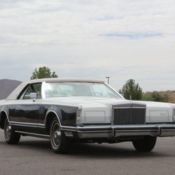 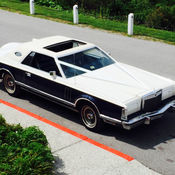 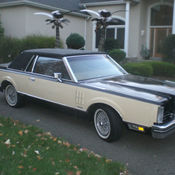 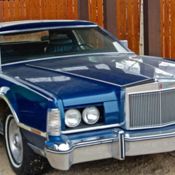 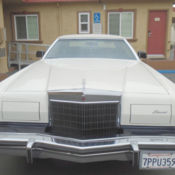