******************. *********************
Hello Everyone.... I have decided to sell this 1previousowner, al orignal, 77K mile, 1978 Lincoln Continental Town Car instead of cutting it up to use as the foundation/drivetrain for my 1966 Batmobile... These car's are commonly used for the 66 Batmobile platform however I just do not have the heart to cut up this original Lincoln so I am offering up to someone who will enjoy it as a cheap, but nice classic car.
This car had 1 previous owner from 1978-2015 and was last used in 1992. The original owner stored this car under a car port for many year's then finally a garage in the 1990's. The car will be sold withmaintenance documentation showing the low mileage(77K) over the year's. The original owner passed and the car was sold year later to me in 2015.
The Lincoln was parked/stored since the early 1990's however with fresh gas, prime the oil, good battery, air in the tire's, fresh antifreeze, etc I drove this car 80 mile's to my garage with the only issue being flat spot's on the tire's.... The car ran beautifully, no over heating, hesitation's, brake problem's etc. Drove like riding on a cloud. THERE IS ZERO RUST/ROT HOLE'S, FRAME IS BEAUTIFUL, NO PREVIOUS ACCIDENT DAMAGE, BONDO, OR REPAINT ANYWHERE! There are a couple of place's where paint chipped and very minor surface rust.
The car could use the following.....*vinyl top*major tune up(Hoses,Belts,Plugs,Wire's,Fluids Changed,etc)*paint job for show, or Hood, Roof and Trunk Lid touch up*tire's*valve cover gaskets replaced*major cleaning/shampooing
Again this is not a show car has been sitting for many year's. It will need the buyer to spend a weekend going through and performing maintenance at which time the Lincoln will be road worthy with little money and effort.
All are welcomed and encouraged to come inspect the car as well as ask question's prior auction's end.
Thanks,Joe 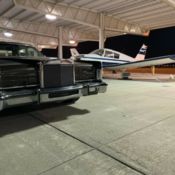 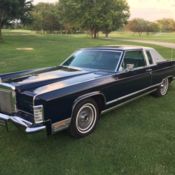 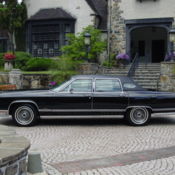 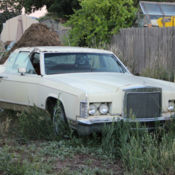 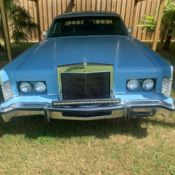 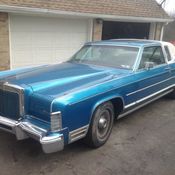 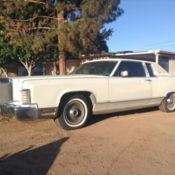 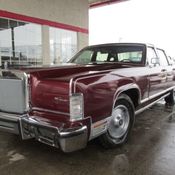 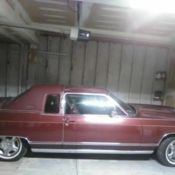 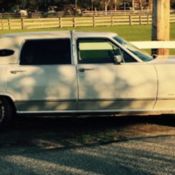