1964 Lincoln Continental sedan. I am selling it for my father. He bought it from a coworker in the late 80s. We have a clear title for the car and its ready to go.
The vehicle last ran and drove about 4 or 5 years ago. It has been sitting since and wouldn't start when we tried to start it. Bad gas I bet, who knows what else it might need to get it going.
It has a 430 cubic inch V8 gas engine with a 4 barrel carb. The transmission is a 3 speed automatic with a column shifter. It has an electric fuel pump installed.
It is a nicely optioned car having red leather interior, power windows, air-powered locks, power bench seat, ash trays at each seat, air conditioning, and cruise control. The radio is AM only, as was typical of the era. It also has a power antenna.
It was originally white but has had some bodywork done on it so it is now mostly covered in red primer. We have the trim that was removed from the interior and exterior.
Bring a trailer that can handle some weight. The title shows a weight of 5,200 pounds. Its a big car with a 126 inch wheelbase. It is 18 feet long. The car seats six comfortably.
No warranty is offered on this car, expressed or implied. The car isn't perfect but it'd be a great project for someone.
We will take a cashiers check from Bank of America, Suntrust, Wells Fargo, or another well-known nationwide bank. We will also accept cash in hand at time of loading up the vehicle. No personal checks accepted. Full payment is due within seven days of the end of the auction. The vehicle needs to be gone within ten days of the end of the auction. 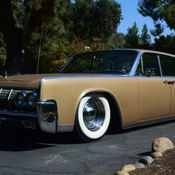 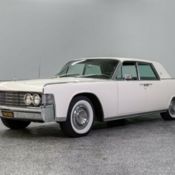 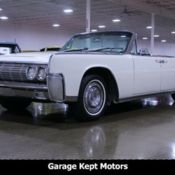 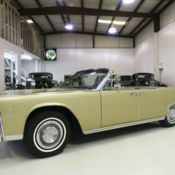 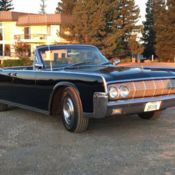 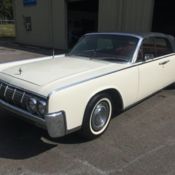 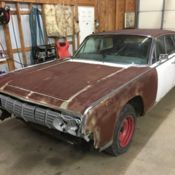 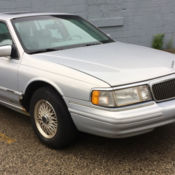 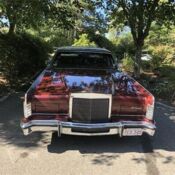 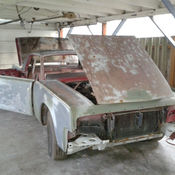