1979 Landrover Series III British Military airportable 1/2 ton also known as a lightweight. Right hand drive. Originally was a 24 volt FFR. (Fitted for Radio). I completed the 24 to 12 volt conversion. Odometer shows approximately 70000 miles, but I would not guarantee this as accurate. Paint is relatively new. It has a canvas top that is in good condition Has military style tires with 2 spares. I have done some research and it would appear that production of this particular vehicle style ended in the early 80's and not a lot of these made it to the US. (Reported to be less than 60). My intentions was to re-create the radio truck., but other priorities emerged. It is street legal and has a title. This is what I have personally done to it. Replaced the carb, replaced the clutch and brake master cylinders, Rebuilt the clutch slave cylinder, Replaced the 24 volt instruments with 12 volt instruments. The 24 volt distributor, plug wires, coil, and plugs were replaced with 12 volt versions. Runs good, but not fast, (about 55 is the top speed). This is a military truck! Starts easily even after sitting for weeks. As it sits it is ready to carry to car shows or military vehicle shows etc. The only thing that I had on my list to do was drain all of the diffs, transfer, and transmission and refill with new gear oil. I already have the oil. Has a few minor leaks which are primarily from drain plugs. Was planning on taking care of this when I drained and refilled. Has 2 gas tanks under the seats. I have only used the right one. The left tank was disconnected at some point in the past. There is an oddity associated with the right tank as it has an external filler which was not original to the vehicle. I do not know who made this modification. The tool box that is behind the right rear tire should be behind the left rear tire. Once again I do not know who changed this. If you are familiar with British vehicles from the military sometimes the units would make changes to their vehicles that was not documented or a previous owner did this. There is one weird thing I have not figured out. The gas gauge works backwards. Full is empty and empty is actually full. I'm sure this is something simple, but just have not put alot of time and effort into checking it out. You now know all that I know. Comes with a manual. Feel free to ask questions and I will try to answer to the best of my ability. I have added some additional photos of the underside (yes it is dirty, but I never said it was clean and no rust) Hope this helps.Reasonable offers will be considered. Inspection by a local agent is ok and suggested . Buyer is responsible for shipping. Thanks. 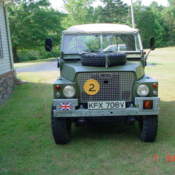 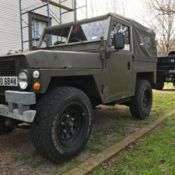 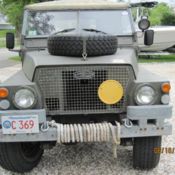 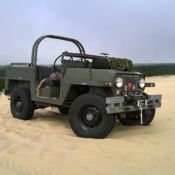 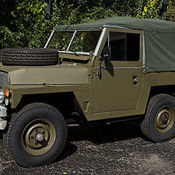 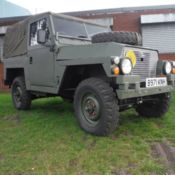 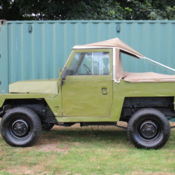 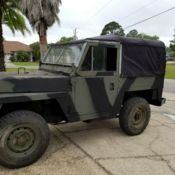 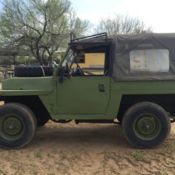 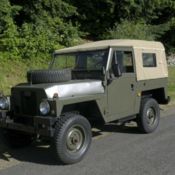