Here for sale is a very nice looking 1987 Land Rover 90 Soft Top. It has a low mileage 2.5 Turbo Diesel engine. The top is the new Exmoor XS style that has the alpine roof windows and zip up side and back windows. There is no tying off or knots coming loose. Just unzip, roll up and go. It's set up properly with a drop down tailgate and swing away wheel carrier. The top came with a bar to secure the rear window over the tailgate so no tying off there either.

The exterior paint looks great. It's been resprayed at some point in it's original white and has a very nice finish. It's very shiny and holds waxwell. The exterior panels are remarkably straight for the year. Added to the exterior are stainless crossmember bolts, door hinge bolts, hood bolts/screws, front bumper bolts, lamp screws (all the way around) and genuine Land Rover front and rear period correct mud flaps.

Installed recently are a brand new set of new genuine Land Rover Defender split finishalloy wheels. These are wrapped up in a new set ofToyo A/T tires.In order to compete the look (and for security) a new set oflocking alloy lug nuts were added. All of this would have been for nothing if the hubs were visible so a set of 30mm spacers were installed as well. The stance of the truck is visibly more aggressive and allowed the genuine wheel caps to be fitted. Only 200 miles since this was done.

The interior is the very nice twill design. The seat frontsarecomfortable and have no rips. The boot area has 4 matching inward facing fold up seats and has belts for all. The door cards have been replaced and are new and carpet hasbeen added to the seat box, kick panels as well as behind the seat. The footwells have new mats, door check strap covers are new,as is the gear shift gaiter. We added new and Genuine dash pieces where necessary including a lower wiper cover, trim cap, guage surround, temperature control cover, lots of (Genuine) screws as well as other dash nuts and bolts where needed giving this 30 year old truck a newer feel.

The truck was imported from Australia (dry climate) so the frame is great. There is none of that spray on bedliner type of coating covering up anything (inside or out). Should be great for years to come. Didn't like the way the starter lagged so recently replaced that. The oil cooler lines looked original so replaced those as well along with the belts. In Australia it was fitted with a new fuel pump, breaks and injectors. Starts right up every time.

I encourage you to come have a look.

Full disclosure, this is a 30 year old Land Rover.You should expect a leak, spots of rust and some electrolytic bubbling. Never taken in the mud. It's not fast so don't expect to run the quarter mileand win. No warranties are written or implied. 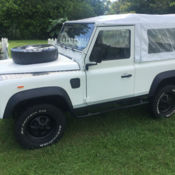 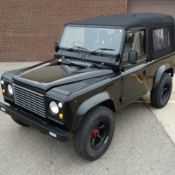 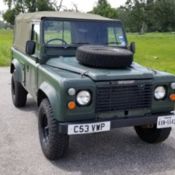 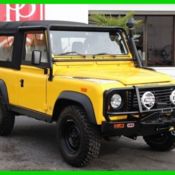 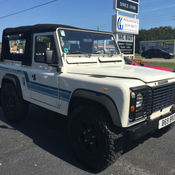 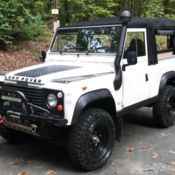 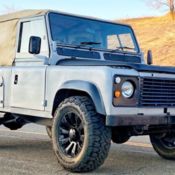 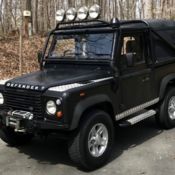 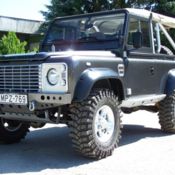 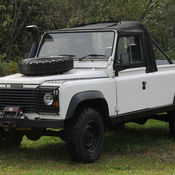