1960 Land Rover 88 Series 2, Series II
Here is a very rare Series 2, Series II, Land Rover 88" wheelbase- one of only about 500 that were imported with LHD. This has the early features and definitely has the "been there, done that" patina that is priceless. Even has a small gash in the left rear body from a "rhino" attack. It has the original 2.25 petrol motor that is a good runner, backed by the original 4 speed trans. This is about as dry an Rover that you will ever find- Near zero rust in bulkhead or frame. Vehicle came out from California, and has been in the dry Nevada desert. Fresh install of new brakes and master cylinder and new clutch master cylinder, too. If you spend a couple of days sorting things out a bit, this truck could be driven daily. Needs a new exhaust pipe and muffler, but I have a brand new one from Rover's North, which is included- just have not had time to install. My brother and I bought this with the intention to restore, but he has moved from the mainland. I looked at lots of junk before I found this one- it is virtually rust free and solid!!! You will absolutely not find one like this very often, and I know from a background working in a very high end restoration shop doing $100k restorations. It is not a new truck- it is 56 years old. I had planned to go through everything, but leave the outside with the original patina- so classic- right out of Born Free or Mutual of Omaha's Wild Kingdom!! Pull up to your local Starbucks for your coffee in this and I guarantee you will get lots of attention! These iconic early Land Rovers are currently undervalued and are poised to make a dramatic leap in value. What other "cool" vintage vehicle with this much history and "coolness" factor can you name that is still affordable and cheap and easy to work on? None that I know of. Parts are readily available domestically and can be ordered from Britain and lots of stuff on eBay. So simple and basic- like working on a tractor. To be clear- this is not a new vehicle- it runs and drives and is super solid, but it's 55 years old. If you want to run it and drive it as is- you could, after a couple of days sorting it out and should replace the old tires with some radials. One tire has a couple sidewall cuts. I have to jumper battery to coil for it to run, so some wiring needs sorted out too. If you wanted to get more serious and do a full restoration, the truck deserves every bit- I cannot reiterate how solid it is and rust free- it would take YEARS to find one this solid. If you have been looking for a nice affordable solid series 2, this is it. Clear Arkansas title in hand (vehicle has always been in California and Nevada. Arkansas is my brother's home base and is in his name. He travels and lives in multiple places during the year). Titled as a '61, but Vin number indicates it is a 1960 model year. Because this an un-restored 56 year-old classic, I have to sell this as is, where is, no warranty expressed nor implied. Vehicle is in Yerington, NV, but I may be able to move it over to Minden,NV if shipping is more convenient. I will be happy to assist with your shipping arrangements, domestic or international, the best I can, and answer any questions the best I can, seven seven five seven two one four four nine five, Mark. Winning bidder to secure with a non refundable $1000 deposit via PayPal within 24 hours, and the balance via wire transfer or overnight service with secure funds (certified bank check) within 3 days. Vehicle will not be released with title until secure funds are cleared. Other vehicles and items in picture backgrounds are not included. If you need time to pick up vehicle, we can discuss this. Thanks for looking, good luck with your bidding on this true iconic vehicle. 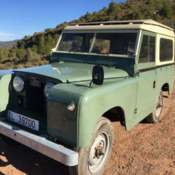 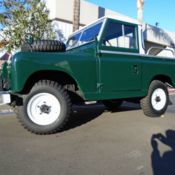 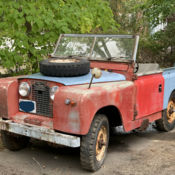 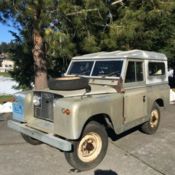 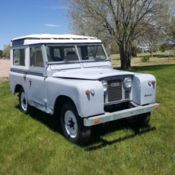 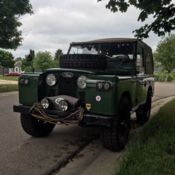 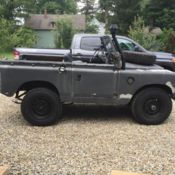 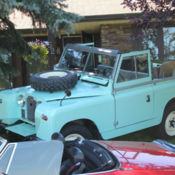 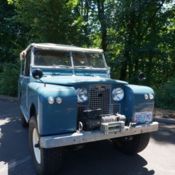