This 1971 Lancia Fulvia Sport Zagato 1.6 was reportedly refurbished in Italy before being imported to the US in the 1990s. approximately 3,100 miles has been added since then. Power is from a 1.6-liter V4 mated to a 5-speed manual transmission, and the body is finished in orange over a black interior. Modifications include a Momo steering wheel and electronic ignition. This Fulvia is offered with partial documentation and a clean Florida title. The rear end features Zagato-penned GT styling as compared to the standard Fulviaâ€™s upright coupe design. Notes imperfections in the finish including cracking along the fender tops as well as a pushed-in scratch crossing from the passenger door to the right quarter panel as depicted in the gallery below. Bubbling paint is also shown near the upper left corner of the hatch lid and elsewhere. 14? Cromodora wheels are wrapped in Sumitomo HTR A/S P01 tires with date codes from 2014. The side and rear glass wears an aftermarket tint. Brightwork and badging are detailed up close below. The 2+2 interior features black upholstery, door panels, and rubber flooring along with a wood dash insert. The car is equipped with power windows, and a Momo Sistema steering wheel with a Ferrari center cap is installed. The 5-digit odometer shows 99,500 kilometers (~62k miles), of which the seller has added approximately 5,000 kilometers over eight years of ownership. The top of the dash is cracked near the center as shown in photos. The 1,584cc narrow-angle V4 was a factory upgrade from the Fulviaâ€™s standard 1.3-liter V4. This example features an electronic ignition, hoses, belts, air filter, transmission fluid, brakes, and other items have been renewed under current ownership. An oil change, coolant flush, and carburetor cleaning were performed in recent weeks. Additional photos of the underside are available in the gallery below. The car is offered with paperwork from its time in Italy and a clean Florida title 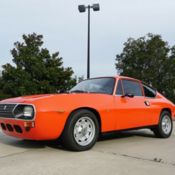 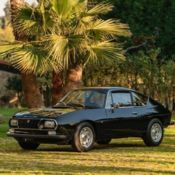 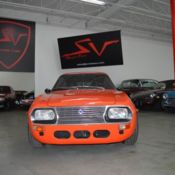 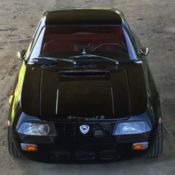 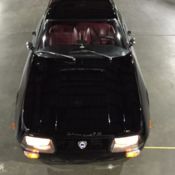 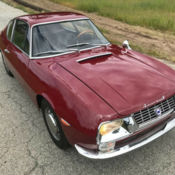 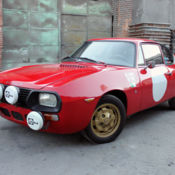 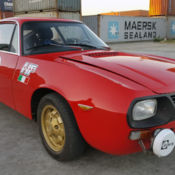 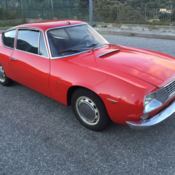 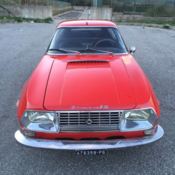